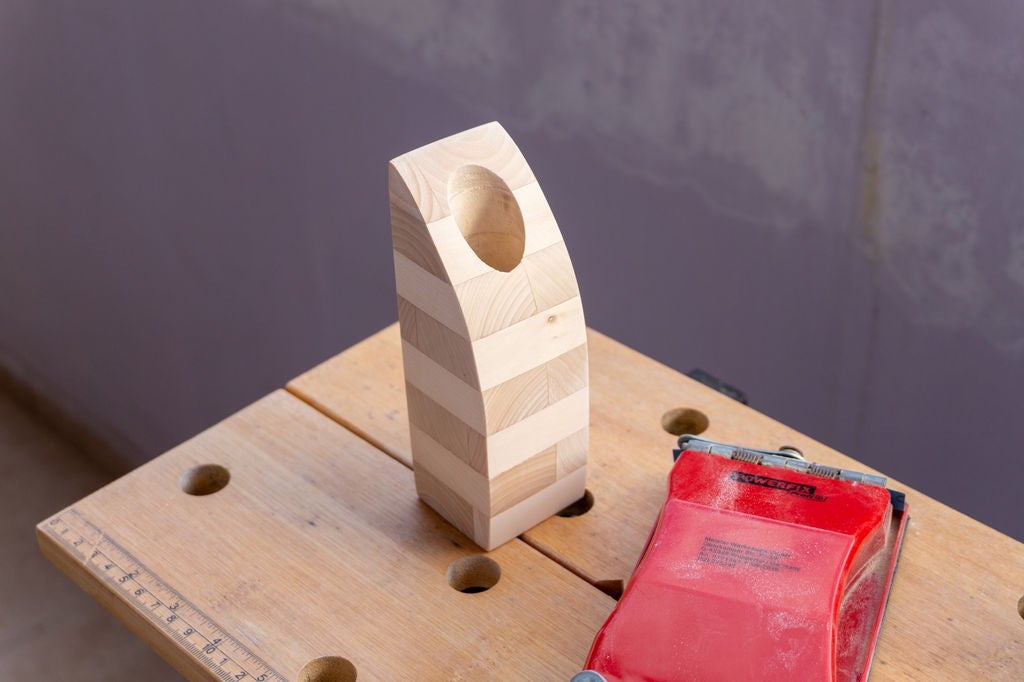 I ended up making two more cuts on the same side until I got a look that I liked. I was aiming for a straight cut at first, but then I realized that a curved look would probably look better.

To achieve that look, I sanded the cut side with 80-grit sandpaper by hand using a sanding block. I switched to 120 and then to 240 and 350 when enough material was removed.

The vase ended up reminding me of a ship’s sails. I was quite happy with that admittedly improvised yet pretty cool look. The picture above shows the base without any finish on it. 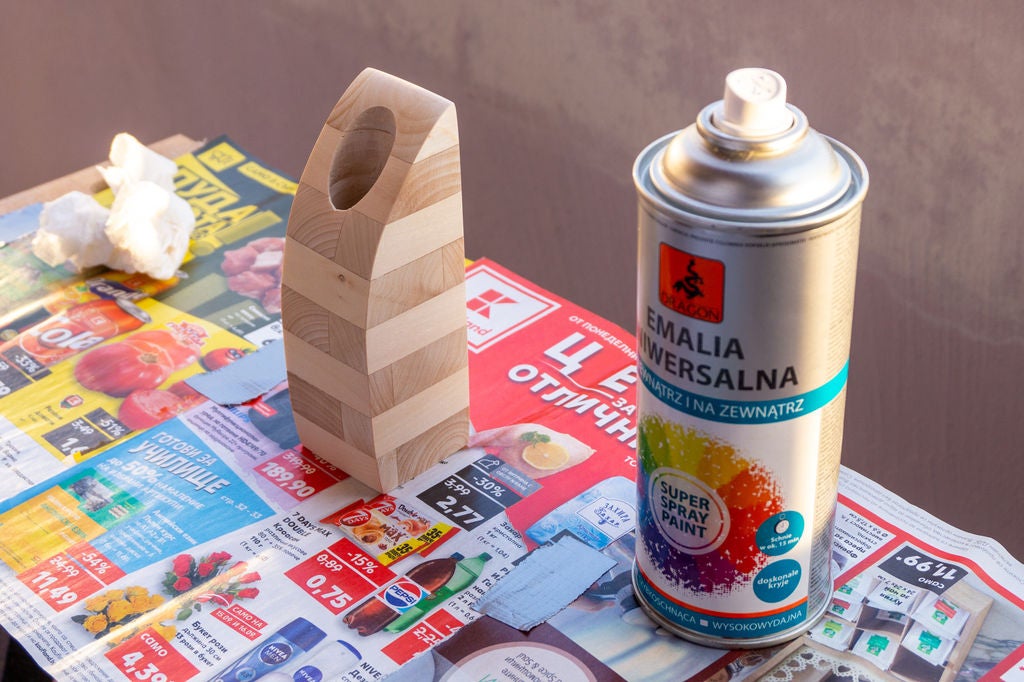 … and this is what it looked like after several coats of spray lacquer had been applied. On the next day, when the lacquer was fully dried, I gave the entire piece some light sanding with 350-grit sandpaper and sprayed it with several more coats of lacquer. 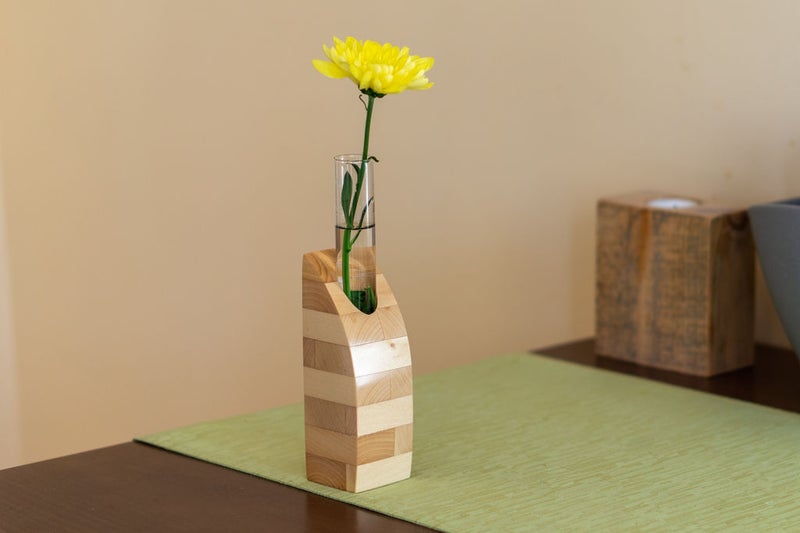 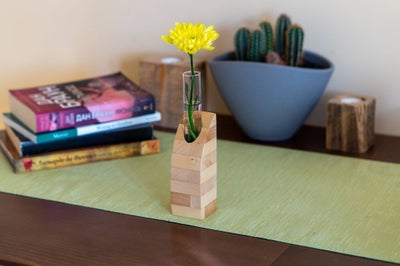 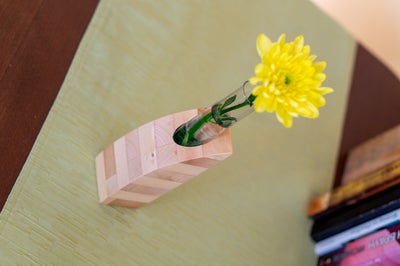 The vase was now ready to be admired. I was happy with the look and relieved by the fact that it could easily support flowers larger than the one pictured. The wooden base alone ended up weighing 338 grams, according to my kitchen scales.

16 Amazing & Ingenious Inventions That Will Take You to the Future