The companies promise that very soon, through the cloud, it will be possible for many people around the world to play high-end video games on a tablet or phone without the need to lug around a console or PC. Once video games become easily accessible, companies are hoping it will attract new gamers, while making mobile games more sophisticated.

But the budding technology also prompts a lot of questions — like how many publishers are willing to jump onboard, whether internet connections are fast enough and which tech company will bring on the most adopters.

What is cloud gaming, and who are the big players?

Unlike traditional video game consoles, which do all of their computing on their own, most of streaming games’ computing takes place on massive computers in faraway server farms. Players can sign up for a cloud service that allows them to stream and play the games directly on a phone, tablet or TV — although in most cases, an add-on controller is still needed.
Although graphics may be a bit blurrier depending on devices’ screen resolution and internet connection, the gameplay will otherwise be the same as it would on a console.
If it takes off with consumers, cloud gaming could open up new markets for the industry. And several major tech companies are diving in.

One of the major players is Microsoft, which demonstrated its cloud gaming technology Project xCloud and made it available for the public to try during last week’s E3 video game convention. Attached to Xbox One controllers, Android phones ran games like Gears 4, Forza Horizon 4 and Halo 5.

Microsoft has yet to release details, such as pricing and launch date. But it says Project xCloud has the capacity to play all 3,500 games in the Xbox catalog, and the additional 1,900 games still in development. 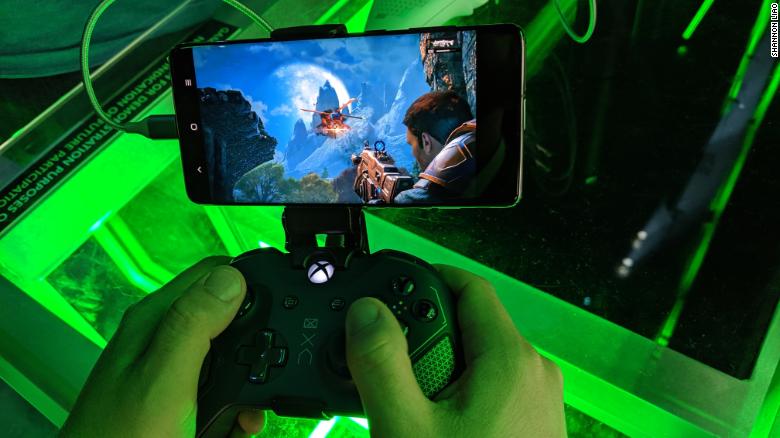 Google’s Stadia is coming in November and will cost $129.99 for a Founder’s Edition bundle which includes a Chromecast dongle, a Stadia controller and three months of a subscription service. That service costs $9.99 a month and includes “free games on a regular cadence,” and it’s the only way to access Stadia upon launch. An a la carte, free-to-play version of the system is coming next year, in which players can simply buy individual games.

Google (GOOGL) initially announced 31 Stadia titles and it recently added several dozen more, including titles from Ubisoft and a new Avengers game. Google Stadia will work on Chrome browsers and Pixel phones, and it can stream on TVs through Chromecast.

As the larger players in the space, Microsoft and Google have major advantages.

“There’s only a handful of companies that we believe can do this globally,” said Bill Stillwell, director of product planning for xCloud. Microsoft Azure services 140 countries worldwide, and that reach means people are less likely to experience lag in gameplay. 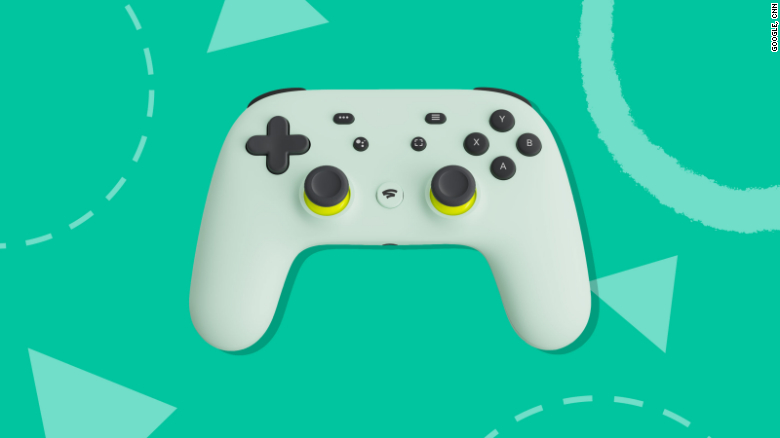 Microsoft also has an advantage in one key market in the world: China, where Google is still banned, and where console gaming was prohibited from 2000 to 2015, leaving the market ripe for tablet, mobile, and PC gaming.
Amazon is reportedly working on its own streaming service as well. And several other companies already have services on the market, like Nvidia’s GeForce Now and France-based startup Blade’s Shadow.

The video game world includes over two billion gamers. Microsoft often talks about growing that number. But companies have hit a hardware obstacle: Not everyone can set up a gaming rig worth hundreds of dollars or shell out for an Xbox or PlayStation.

“Some folks would like to be into gaming but don’t have $400 or $500 to spend on a console and then another $60 to spend on a game,” said Pete Hines, senior vice president of marketing and communications at video game publisher Bethesda.

Hines added that cloud gaming can unlock potential gamer populations developing countries around the world, where infrastructure issues may be holding the field back.

But publishers aren’t quite ready to jump in with both feet. Although Ubisoft’s highly anticipated “Watch Dogs: Legion game” will be on Google’s Stadia upon release next year, it’s not a Stadia exclusive — it will also be available to play on Xbox One X, Playstation 4 and PC. The same goes for Marvel’s Avengers, published by Square Enix, which will arrive on the same four systems upon release in May 2020.

The lack of exclusivity is a sign that video game publishers are still waiting and seeing, said Joost van Dreunen, co-founder of SuperData, a Nielsen company that analyzes the video game industry.

Publishers are holding back on purpose, Dreunen noted in a newsletter after the E3 show, saying it doesn’t make sense for a well-known content creator to make a risky bet on a new platform. “Better to wait for critical mass and remain a hold out so that you can charge a premium later.”

Some game publishers aren’t yet ready to jump into the cloud at all. Vince Zampella, CEO of Respawn, the creator of Apex Legends, a popular first-person shooter that rivals Fortnite in popularity, told CNN Business he is weighing options carefully. “I think where it makes sense, we’ll want to be everywhere,” he said.

Cloud gaming could potentially change how people pay for games, as companies come up with new pay schemes to go alongside the service. Like Google’s Stadia highlighted last week, streaming games could be free, it could come at a flat monthly fee, a bundled price, or some combination of all three.

It’s already getting complicated. For example, Ubisoft announced last Monday that it’s launching a subscription service called UPlay+ this fall, charging $14.99 a month for access to over 100 games on PC. But UPlay+ games will be available on Stadia next year.

Does that mean people will need to shell out $14.99 for UPlay+ and buy Google Stadia titles separately? It’s not clear. Ubisoft and Google both said they would have more to share at a later date. 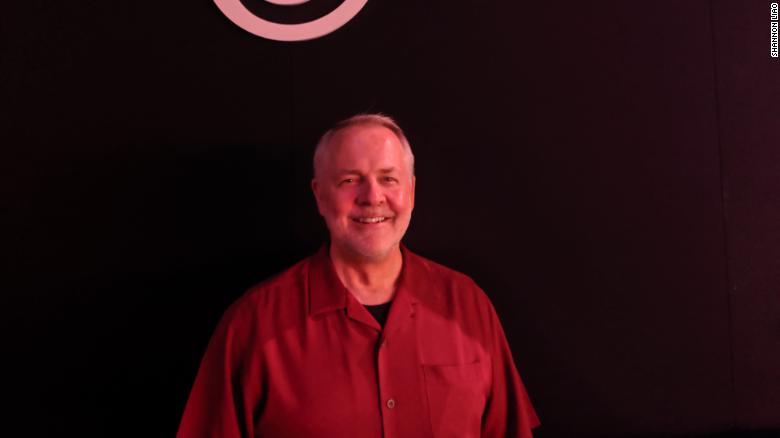 Chris Early, VP of partnerships and revenue at Ubisoft, poses for a photo.

The complexity of it all could leave consumers confused, said Laine Nooney, assistant professor and historian of video games at New York University.

“There is quickly becoming too many choices, too many products, and we’ve still seen zero consumer experience. I think this might be an example of executives thinking they are solving a problem that no one asked them to solve.”

Beyond the complexity within the industry, cloud gaming poses one major potential problem for consumers: If my Wi-Fi connection isn’t strong, can I even play any games in the cloud? Well, probably not, as playing a video game over the cloud involves a huge amount of data transferring back and forth.

“This is ultimately a network-based service, so you do need to have a good connection,” said Microsoft’s Stillwell. “The target we have is if you can stream a video, you should be able to play a game.”

And though the hope is that cloud gaming will arrive on all platforms, it’s not quite there yet. Microsoft, for example, is still working on iOS compatibility. In the future it also plans to launch touch controls for phones so someday an add-on controller may not be needed at all.

But for now, cloud gaming is still in its infancy. As Dreunen, the SuperData analyst, sees it, “it’s going to take a village to raise this cloud baby.”