Humankind has been trying to solve the mystery of dreams for as long as they’ve existed. Today there is even a special discipline in the study of dreams called oneirology. Those who prefer the esoteric side of things over science love to interpret their dreams according to various dream books and believe that they can predict the future. But psychologists think that dreams accurately reflect our current condition and that our subconscious tries to tell us something important via dreams from time to time.

Our team has learned that there are dreams that are common for all of us. Each of us sees these types of dreams every now and then. These dreams are caused by our ancient instincts, a cultural code, the experience of our ancestors, and personal experience. A psychologist and an expert in the field of dreams, Patricia Garfield, calls them “universal dreams” and says, “Like a hearty stew that is rich with local produce, the universal dreams differ among different peoples, but they are all nourishing variants of the same wholesome meal. They are as old as humanity and as widespread as our globe.” 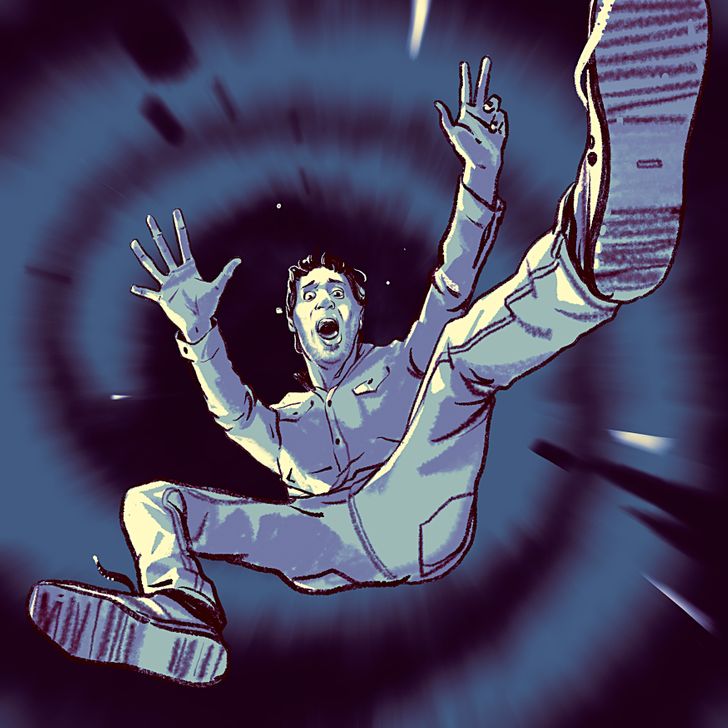 In adulthood, we see falling more often than flying. According to the psychologist Ian Wallace, a dream about falling symbolizes the fear of losing control. You can’t control something in your life anymore because some drastic changes that you were not ready for took place in your life. Think about what sphere of life (work, relationships, finances, health, etc.) you feel most suppressed or vulnerable in as well as the ways to correct it.

Some scientists explain dreams about falling with simple physiology. As the body is sinking into sleep, the nerve system starts to calm down, your blood pressure and heart rate decrease and your falling asleep brain (especially if it was overwhelmed during the day) can perceive this physiological change as danger or an approaching death and therefore, makes you wake up suddenly.

The opposite version of this dream is flying which signifies freeing oneself from some hard burden and getting the desirable freedom.

2. Teeth that fall out, injuries, and death 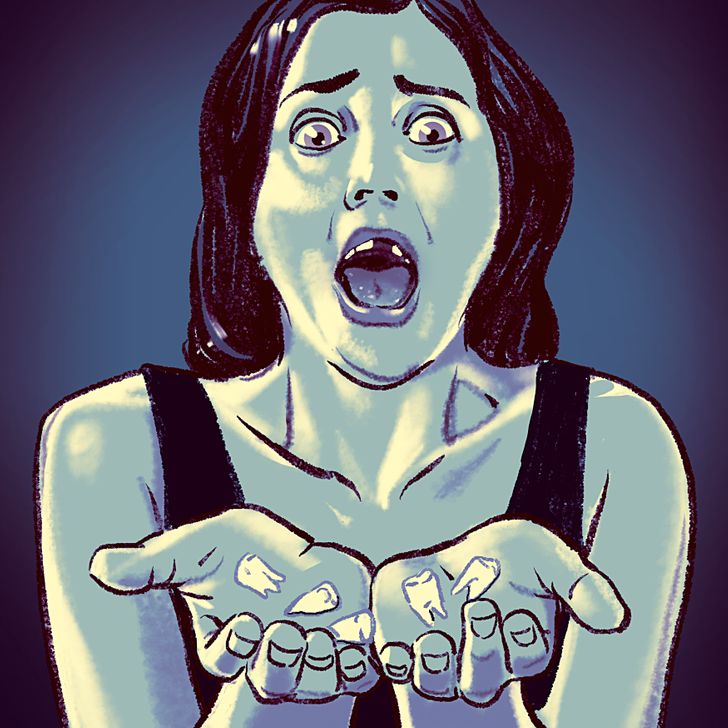 Our subconscious interprets teeth as a weapon, the indicator of strength, and an ability to “bite off” a piece of the world. “Perhaps, you have recently been feeling unarmed and helpless in the real world,” which is how Penney Peirce explains it.

Another expert studying dreams for many years named Patricia Garfield connects dreams about falling out teeth with hidden anger. As a rule, when we suppress anger, we squeeze our jaws, and our teeth might start creak and grind. This dream might be signaling that it’s high time to get rid of negative feelings.

Very often, we may have dreams where someone close to us is wounded, sick, or dying. Those dreams cause consternation, however, from psychology’s point of view, everything is not that bad. It’s simply our fears of the future and inevitable changes that happen with those close to us. If you see your own death, it means that some part of you is dying and staying in the past to give space to something new.

“Opposite” dreams about birth and recovery usually appear when something new is taking place in a person’s life (like a new job or project) and symbolize a new experience.

3. Failure at an exam or public performance 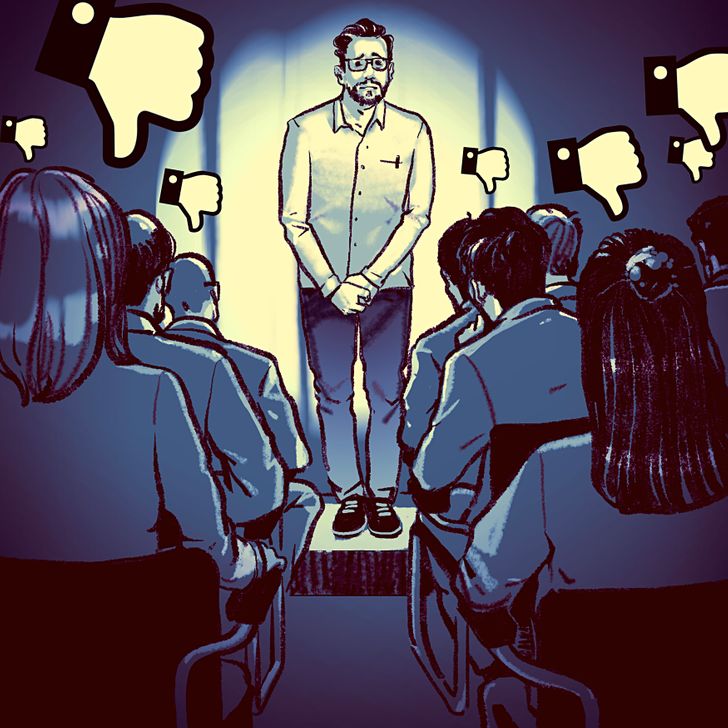 You’re about to take an exam and suddenly realize that you don’t remember anything or you can’t say a word when standing in front of a big crowd. These dreams might be experienced not only by students and school kids but also by people who have graduated a long time ago. It’s likely that you had some stress shortly before going to sleep or was extremely worried about something. In this case, it’s better to take a short break and relax.

4. Inappropriate clothes or an absence of any 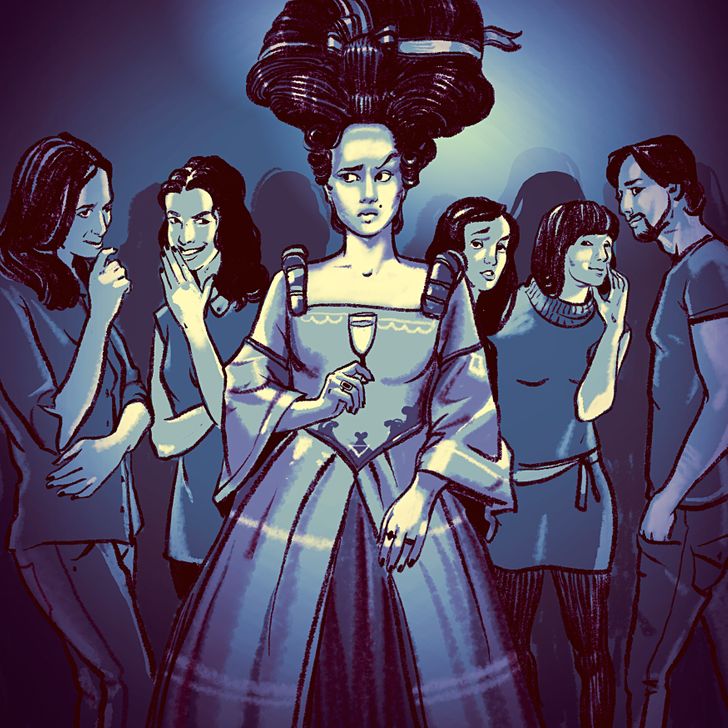 In your dream, you turn up in a public place wearing inappropriate clothes or not wearing anything at all. In this situation, it’s important to pay attention to the feelings you encountered in your dream. These dreams are usually followed by a feeling of shame and embarrassment. A psychologist Ian Wallace notes, “It means that you feel vulnerable at your new job or in your new relationship and are afraid that others will learn about your weaknesses and disadvantages.” However, if you don’t feel any shame in your dream but instead feel proud of yourself, the dream has the opposite meaning. Perhaps you feel the lack of recognition and admiration and would like others to see your talents as well as your personality more.

If you’re going to face an important life event in the near future and you have a dream that you or your friend appeared inappropriately dressed at it, it means that you have some doubts about the event. For example, a bride may see her groom in a clown costume before their wedding.

5. Being chased or persecuted 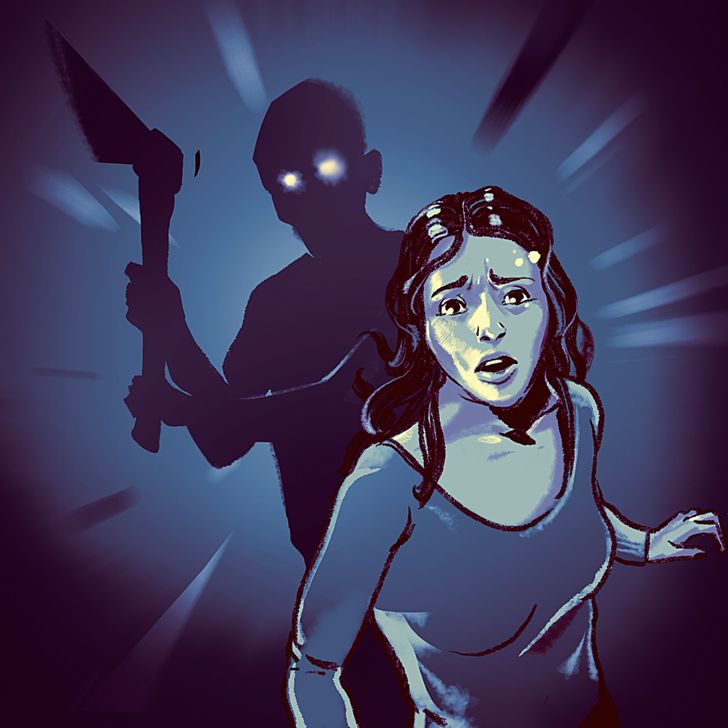 Such dreams have several different meanings. An expert in the field of dreams named Lauri Loewenberg says, “People that tend to avoid conflict, who are afraid of ruffling feathers or causing issues will have the recurring dream of being chased.”

Pay attention to the thing chasing you — they symbolize an unpleasant feeling or situation that you try not to think about in real life. It can be debt or addiction. Are you chased by a person you know? Think about what or who you associate this person with. They might indicate some other person or even a part of your personality that you don’t want to admit (like a hidden talent or aspiration) in your dream.

There’s also a theory saying that dreams about running away from someone are simply the echoes of primitive instincts that are in our genes thanks to our ancestors. All because they were constantly running from predators.

6. A catastrophe or an apocalypse 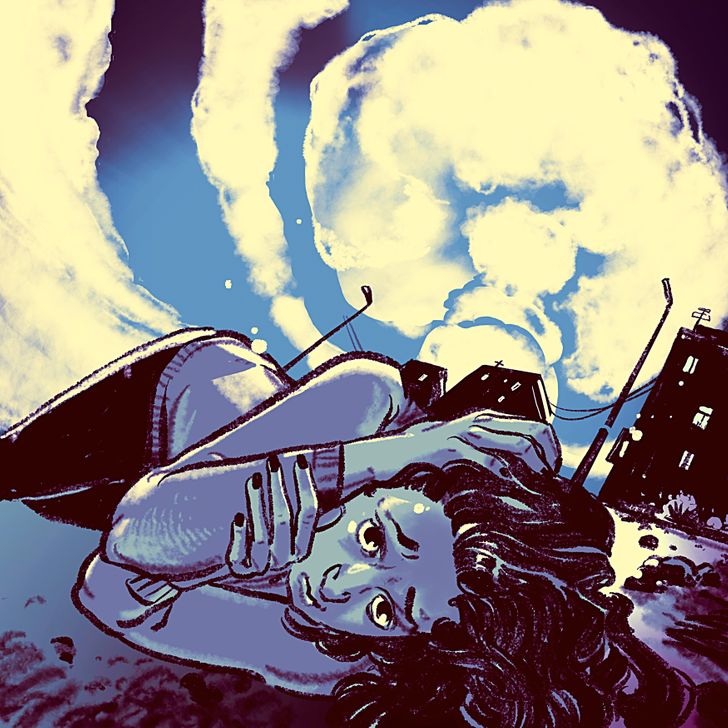 Each of us has dreamt about natural or man-made disasters where we’re scared for our own life and the lives of those close to us. These dreams might indicate personal problems that have gotten out of control or are a result of feeling threatened by something. Of course, constant messages in the media about catastrophes and terroristic acts worsen the situation too. As a result, we start feeling vulnerable in the modern world.

Sometimes when having a nightmare, we try to shout out loud but feel that voice has left us which causes an even bigger fear. Psychologists explain it as sleep paralysis. During the last phase of sleep, the time in which we have dreams, our brain purposefully paralyzes the body so that we can lie still and not “live” in our sleep by running, jumping, etc. People who have sleep paralysis usually wake up before the end of the last phase and enter a state between sleep and reality for a short period of time. This can be felt as an inability to move, speak, and in some cases, breathe. 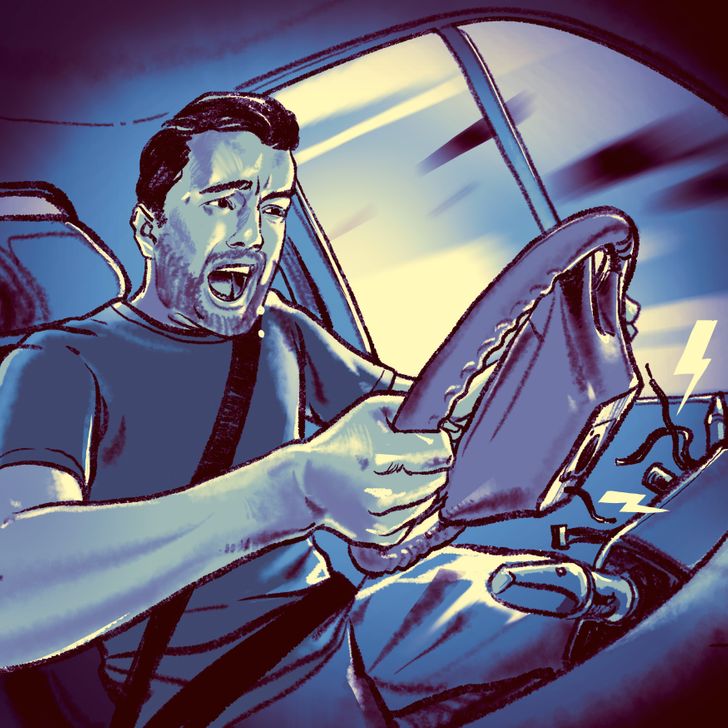 You try to use some gadget or device and it breaks right away. For example, your phone stops operating and you can’t call anyone. According to Patricia Garfield, these dreams are more often experienced by women and symbolize worries about relationships or the loss of an emotional connection with someone.

Dreams where you’re trying to operate a vehicle that doesn’t work well or that breaks down are within the same category. It’s likely that you are missing support and can’t cope with a difficult life situation by yourself. 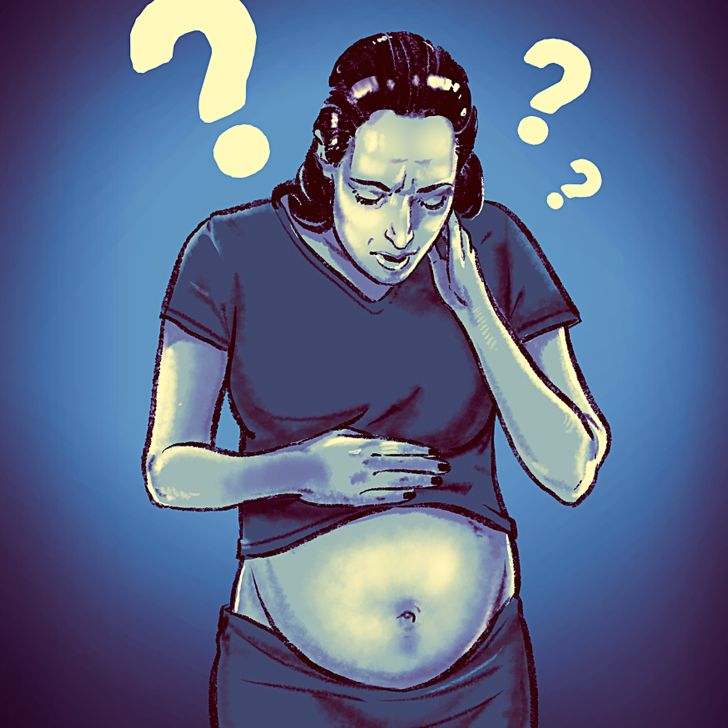 As strange as it might sound, it’s not only women who can have dreams about pregnancy. A psychologist name David Bedrick says, “Pregnancy symbolizes something new growing inside us.” You subconsciously dream about “giving birth” to a new fascinating creative project. It can be anything from writing a book to repairing a house. It’s time to set a goal and show the world how you can take on this new role.

If you’re not pregnant in real life, you may be seeking fulfillment after having such a dream. 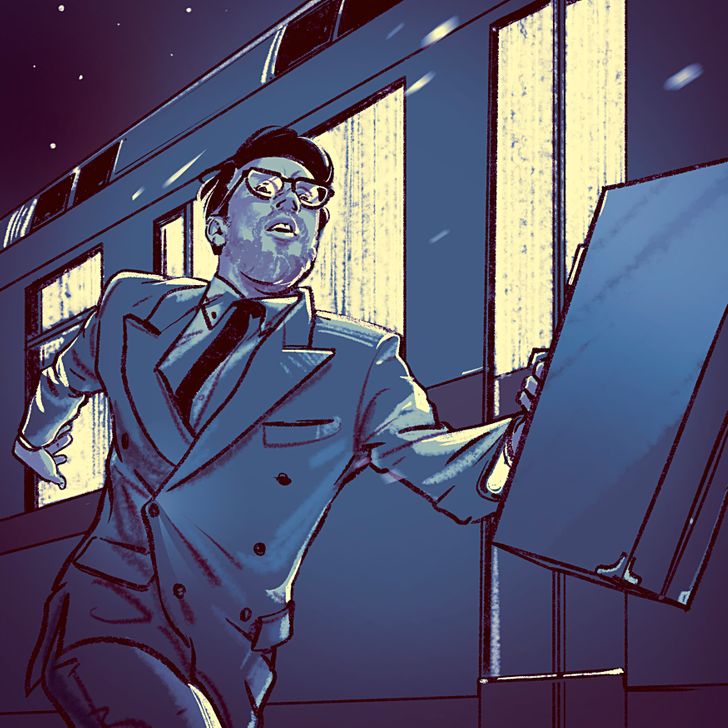 Dreams that have you running after a departing train or running late for an important meeting can occur quite often. According to a dream expert, Michael R. Olsen, they can symbolize the fear of missing out on something very important in your relationships or in the upbringing of your child, for example. If you’re constantly overwhelmed and don’t have much time to accomplish things in real life, your subconscious is signaling that it’s time for you to reconsider your schedule and free up time for really important things. 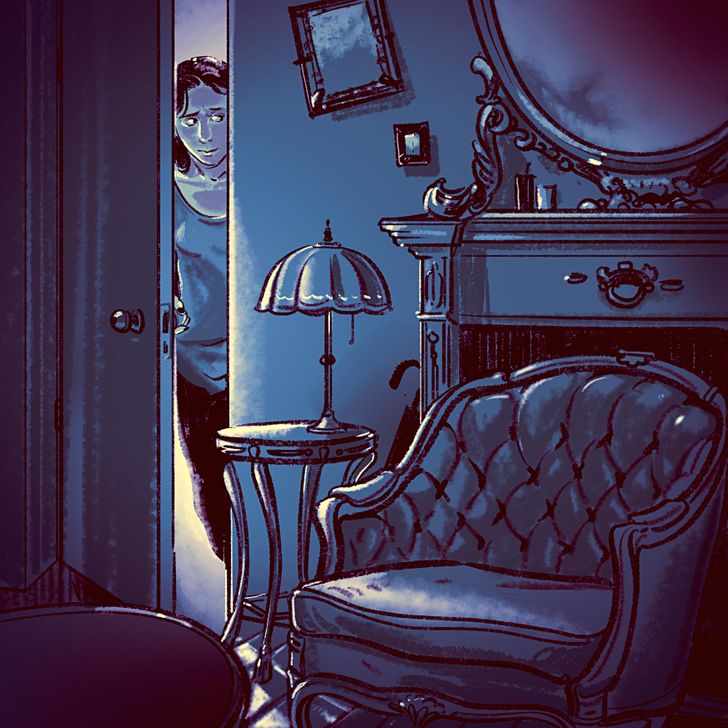 Dreams about new rooms are about self-knowledge. If you find yourself in an unknown house in your dream, it means that you don’t know yourself well and try to neglect some sides of your character. A separate unfamiliar room symbolizes that you have a hidden talent, skill, or opportunity that you don’t use.

A psychotherapist named Eddie Traversa thinks that we subconsciously associate some rooms with certain processes. A kitchen is a place where products get transformed into a finished dish which means that you’re currently going through some inner changes. A bathroom is a symbol of freeing oneself from unnecessary baggage. It might symbolize that it’s time to get rid of something that is not needed any longer. A bathroom is a symbol of cleansing and it means that you feel the necessity to clarify things or see them in a different light. A bedroom signifies the things that worry you in your romantic relationship.

Have you ever experienced any of these dreams or do you usually see something different? Please tell us about it in the comments!