Buying your first home is supposed to be an exciting milestone in your life, but as these first-time buyers share, sometimes issues arise that make the process less than smooth.

Don’t buy more house than you can afford 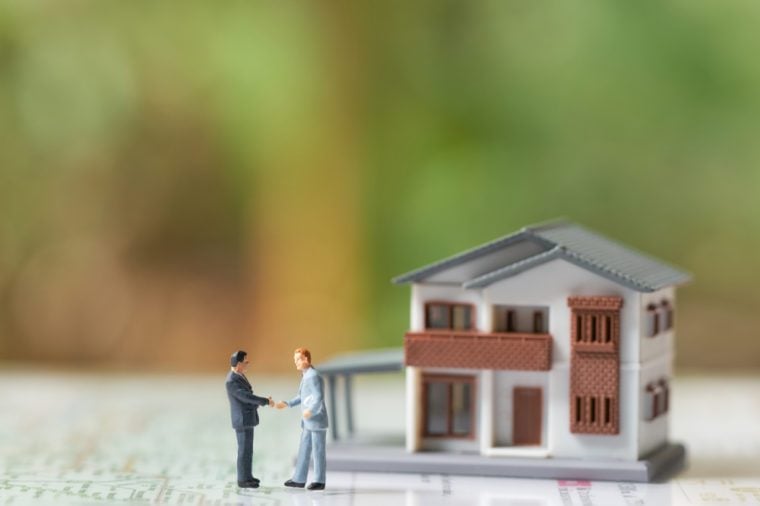 When you are over the renting lifestyle, it can be tempting to jump into homeownership no matter the cost. Don’t let your zealousness to own cause you to make drastic first-time buyer mistakes, like buying a home you can’t afford. Jon Dulin, the blogger behind Penny Thots, experienced this in 2007 when he bought more home than his budget allowed. Though he qualified for the home loan, he says, “When you took into account the homeowners’ association fee, utilities, and my income taxes, I was straddling the line.” Dulin rented a room to a friend to make ends meet. 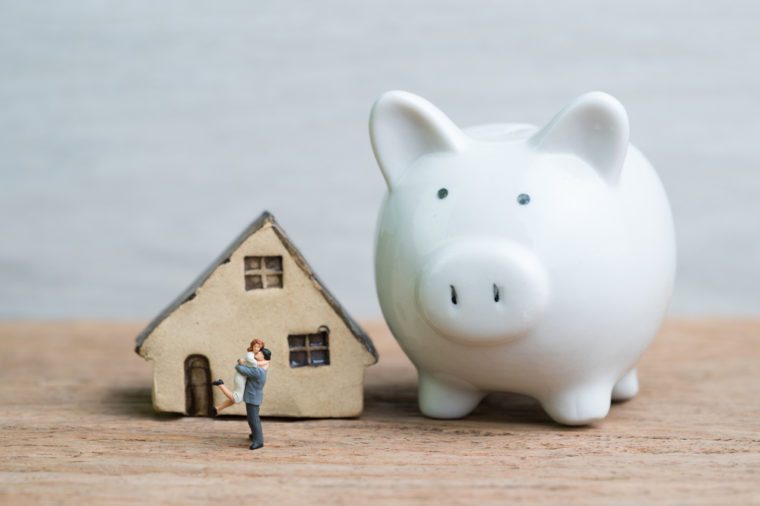 The asking price on a home is not the final price tag. You can, and many times should, offer less. Jeff Neal, a live cricket salesman at The Critter Depot, says, “After saving for over a year and looking at over 50 houses, I was so eager to buy the house I really liked that I offered the asking price!” He shares that this move cost him thousands of dollars. Realtor.com advisesoffering 10 percent less than the asking price if you are in a buyer’s market or if the property has been sitting for many months. 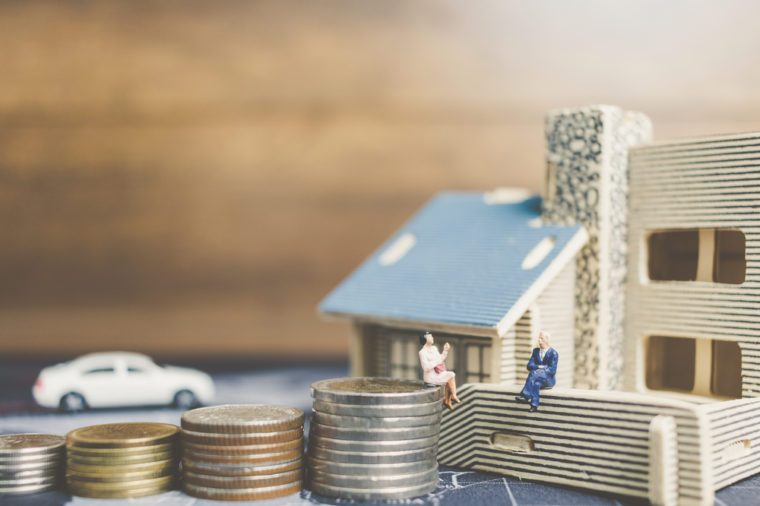 Buying right before the market crashes is financially devastating. Audra Rogers experienced the market crash after she bought her home in 2007. “We were stuck upside down in a down real estate market and it took about a year for the house to sell when we put it on the market later that same year,” she says. “We had to sell at a huge loss and get a loan to pay the difference.” Inman.com, a publication for real estate industry professionals, says one factor to check is if current home prices are higher than the last peak. If so, then there is a good chance your area is in a housing bubble, and prices will start to decline.

Get at least two quotes 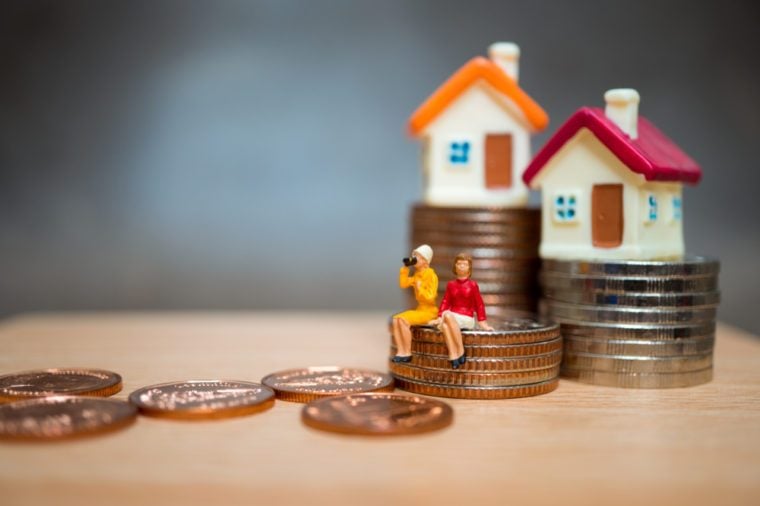 Aaron Norris, real estate investor, got stuck with an unreliable lender when he was buying his first home in 2010. “I was constantly having to call him to get updates and he was so terrible to his staff,” he says. “If I had prequalified with a second lender, I wouldn’t have used him.” First-time buyers might feel more comfortable knowing a second option is available. “Having a backup in place ensures that if things are not going smooth, you can bail,” Norris says.

Opt for the home warranty 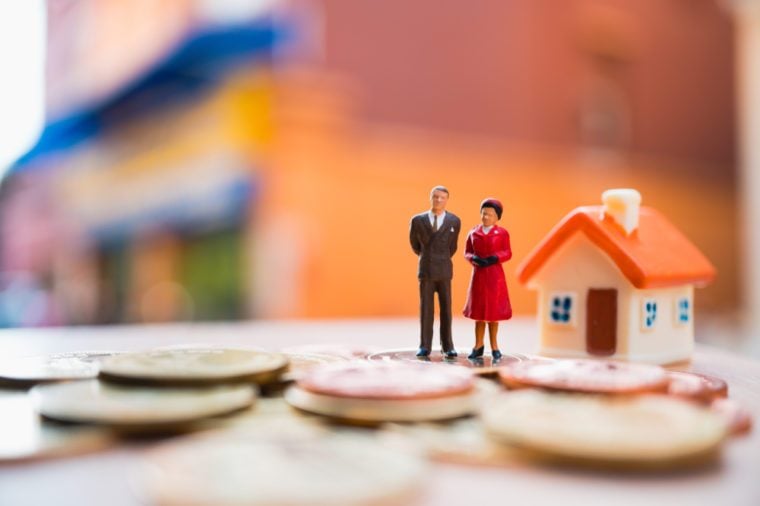 When you just shelled out thousands of dollars on your new home purchase, it can be enticing to forgo a home warranty policy to save money. Learn from Sarah Jean Callahan, blogger at Review Home Warranties, who paid just over $1,400 to replace a bad water heater and repair the damage it had done to her home shortly after she closed on it. Home warranty policies cost anywhere from $300 to $600 a year, and cover electrical systems, plumbing systems, heating and cooling systems, your washer and dryer, and kitchen appliances such as the oven, range, and garbage disposal, according to Realtor.com. 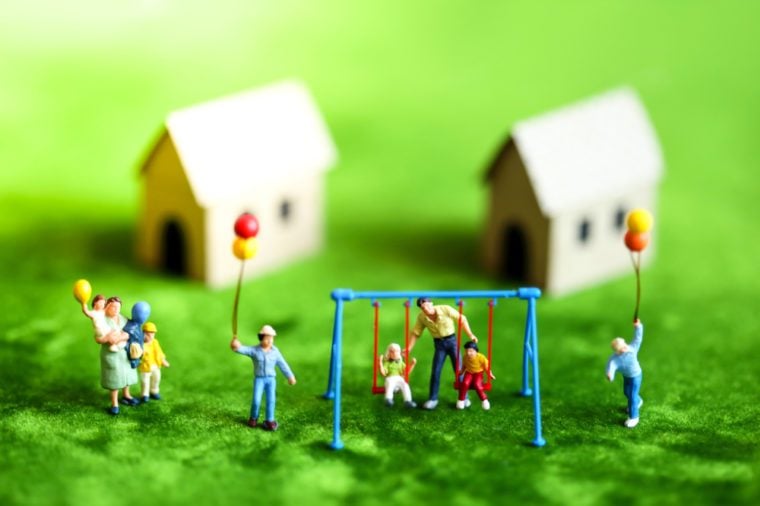 When Bebe Gene was house hunting for her first home, she read on an online forum about the importance of testing the toxicity of the land before buying. The tests showed the soil of the home she was interested in was very toxic 15 inches down! She opted not to buy the house. The RTK Environmental group recommends getting environmental testing as part of the home inspection to test for mold, lead, asbestos, and radon.

Be involved in the building process 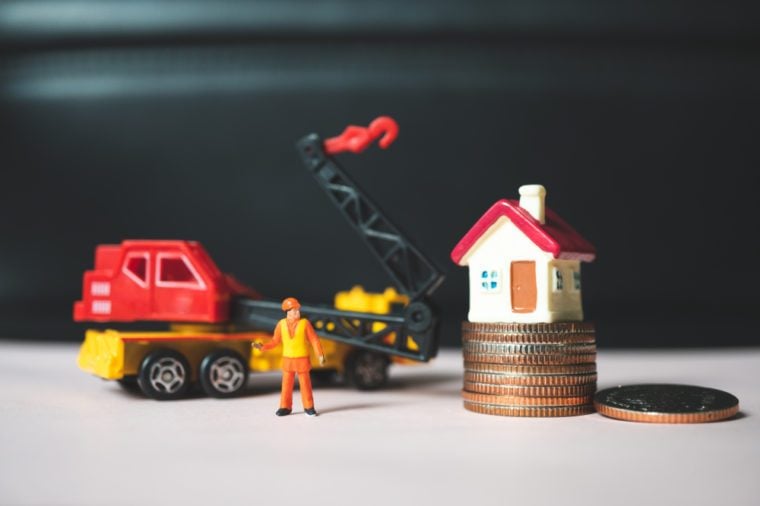 If your first-home is going to be a new construction home, then don’t make the same mistake personal finance writer, Ben Luthi, made by not being more involved in the building process. Luthi ran into many issues with contractors in the nine months it took to build his house, such as misplaced sprinklers, wrong dimensions used, and unfollowed building plans, but he admits he was too timid to question the contractors during the process. “If I were to do it all over again,” he says. “I’d visit the building site more frequently and make sure everything was going as it should.” 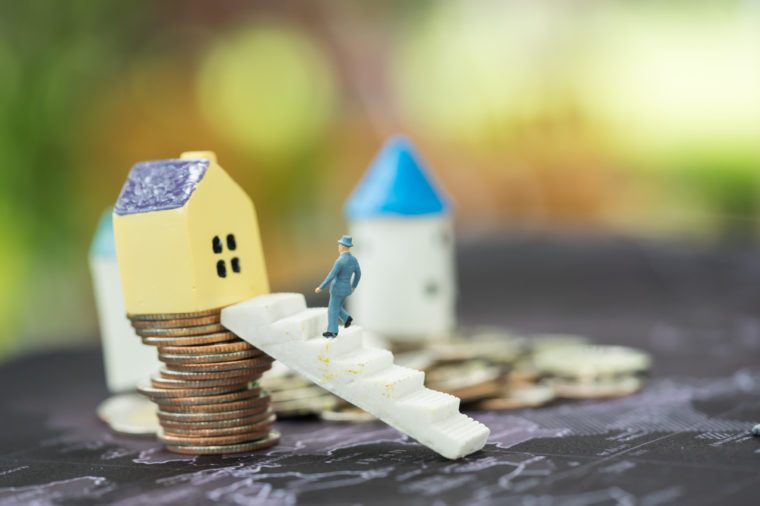 Before finalizing your home sale, be sure to know of any reoccurring fees you will be accountable for and if they fit in your budget. Teacher and Los Angeles resident Joanna Campos knew she had to pay HOA fees for her townhome’s neighborhood but was surprised to discover she was responsible for a community association fee for the city, as well, which is for “the upkeep of parks, white picket fences, and trails,” she explains. Campos pays an extra $300 a year for this second association fee on top of paying $2,375 per year for her main HOA fees. 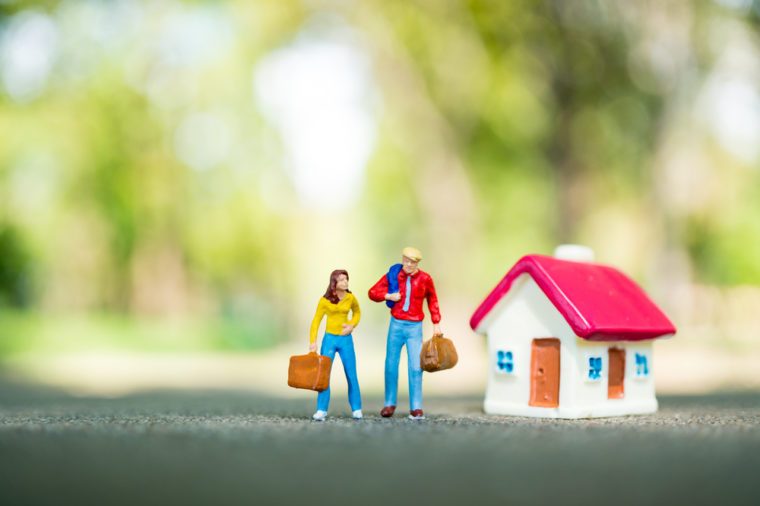 It is not easy to pick up and move when you have a 30-year loan attached to you, so be sure you really love your house before placing an offer. Beth Higgs started noticing inconveniences in her new home, like the lack of a linen closest, when she started unpacking. Higg’s house also lacked the feel of privacy with a large glass panel on the front door and an elevated house behind it. “I’m kind of a private person,” she says, “So while it isn’t the end of the world, some of the little things do make me wish we had looked at some more homes.”

Get to know the neighborhood 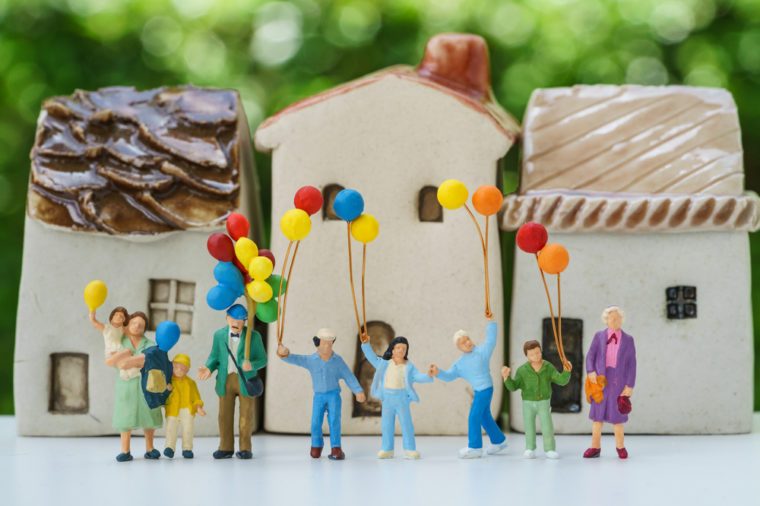 Copywriter Tori Brock bought a Victorian semi-detached property in June 2017 and loves it, but has to deal with constant yelling and loud noises coming from her neighbors. She says, “I wish we’d talked to more ‘neighboring’ neighbors about the families around us.” Visiting the property several times at different times of the day throughout the mortgage process can also give you a better idea of the living atmosphere. 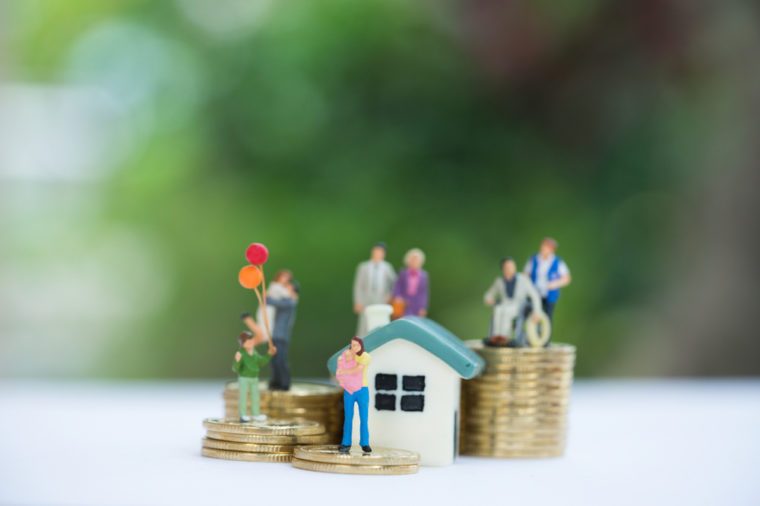 When Holly Johnson and her husband, the creators behind the frugal living site, Club Thrifty, purchased their first home in 2007, they noticed that the yard was graded poorly, meaning that water pooled near the home and deck each time it rained. “We didn’t think it was a big deal, and our realtor told us we could just have the yard regraded,” she says. However, the Johnsons discovered that the problem was much more complicated and required $8,000 in repairs. “We ultimately had to have new trenches dug in the crawl space and have a giant French drain put in the yard.” 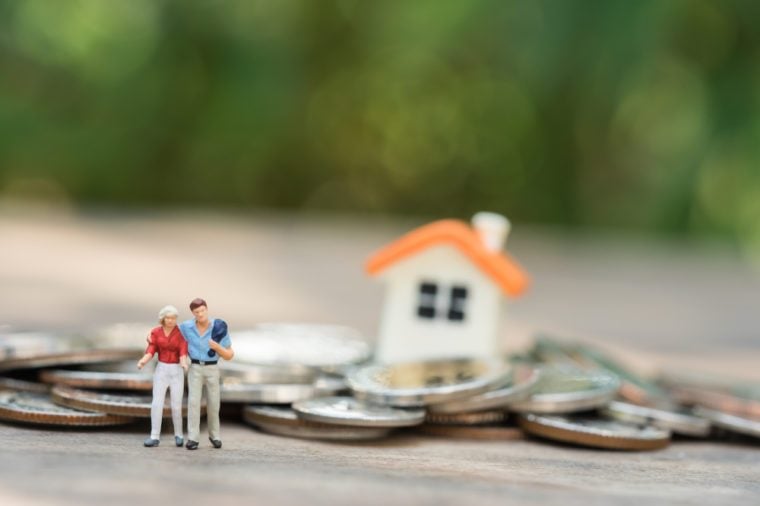 Kelly Williams Black’s agent never asked about recorded HOA violations when her and her husband bought their first home in 2004. After the sale, the HOA charged the couple with water flow issues due to backyard leveling modifications made by the previous owners. With the help of a landscape architect who pulled county records, the new homeowners were able to disprove the charge. While the couple was off the hook to fix the $7,000 problem, she says, “Had our realtor checked, we would never have bought the house and gone through years of aggravation with the HOA.”

Fix up your house for your enjoyment 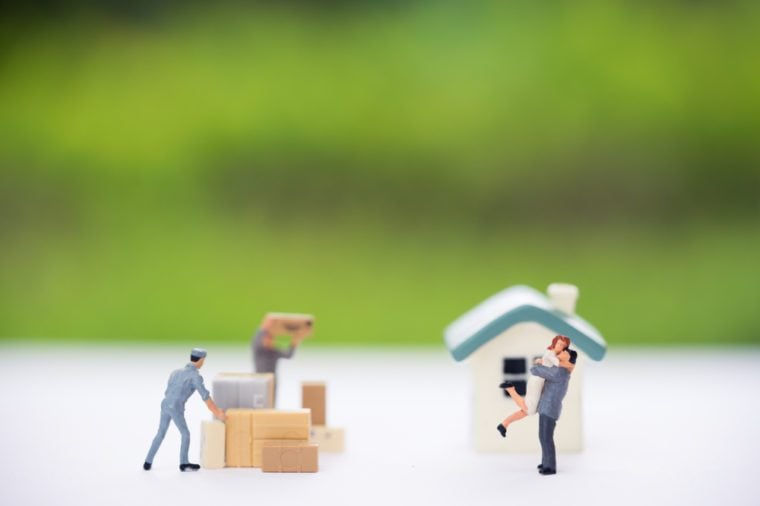 Finally, enjoy your house and invest in the updates and upgrades that will truly make it feel like home. Jme Thomas says that she and her husband regret, “not doing the small renovations and updates we could enjoy, rather than doing them to get it ready for sale.”