We’re all for rolling up our sleeves and saving money when it comes to DIY home improvements. But all the HGTV binge watching and YouTube videos don’t necessarily make us pros. 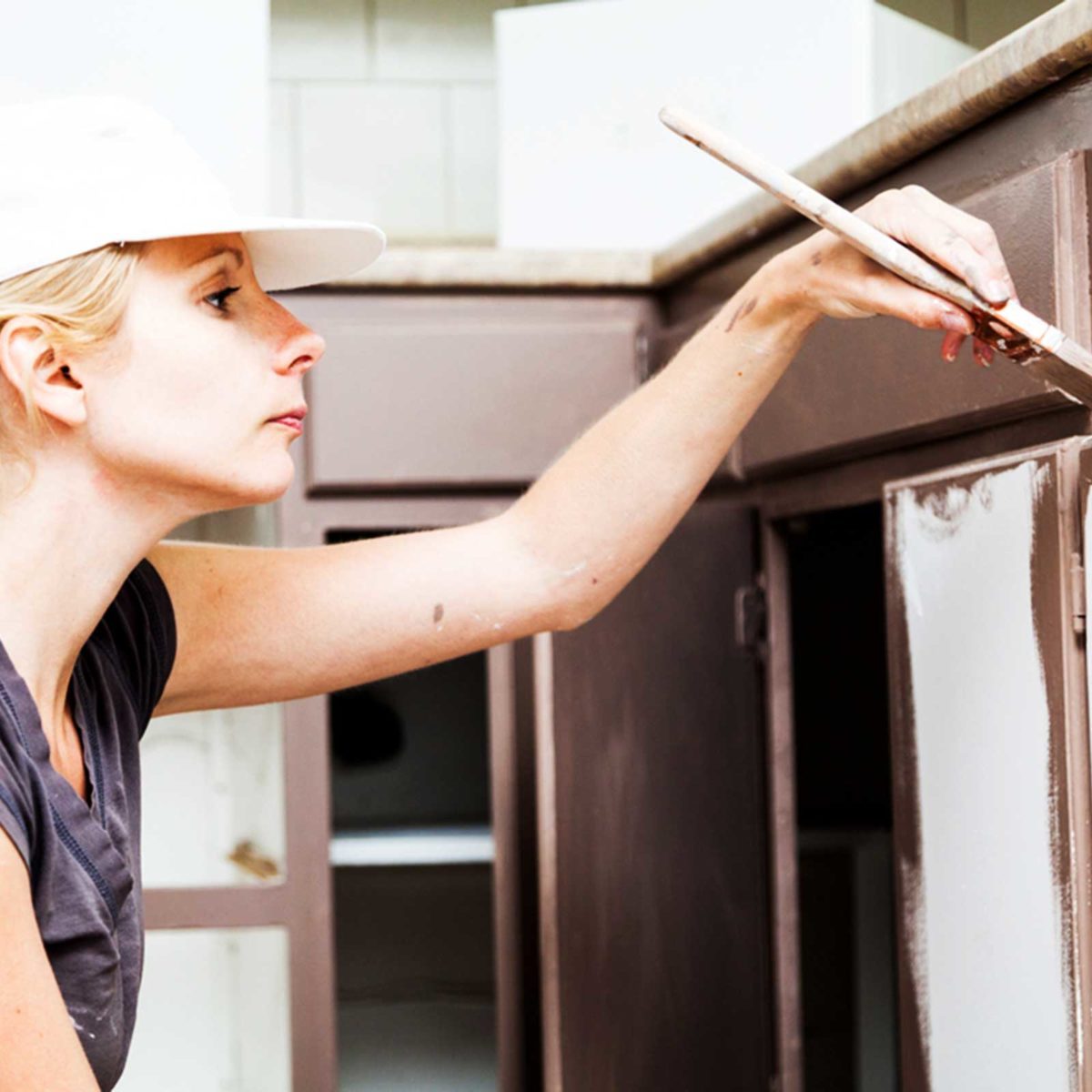 Choosing the perfect color is the least of your problems if you’re planning to paint your own kitchen cabinets. “What many people don’t know is that painting kitchen cabinets are a lot trickier than a bedroom dresser,” says Newell Slade, a general contractor for Newell Building, LLC. “Often, there is a buildup of cooking grease and finger oils on the surface of the wood. Prep means extensive cleaning with a degreasing agent such as diluted TSP and using oil-based paint, fed through a sprayer.” This home improvement is quite an undertaking and involves specialized equipment and safety measures than most homeowners don’t realize. A skilled painter knows how to paint cabinets in a timely fashion with beautiful results. 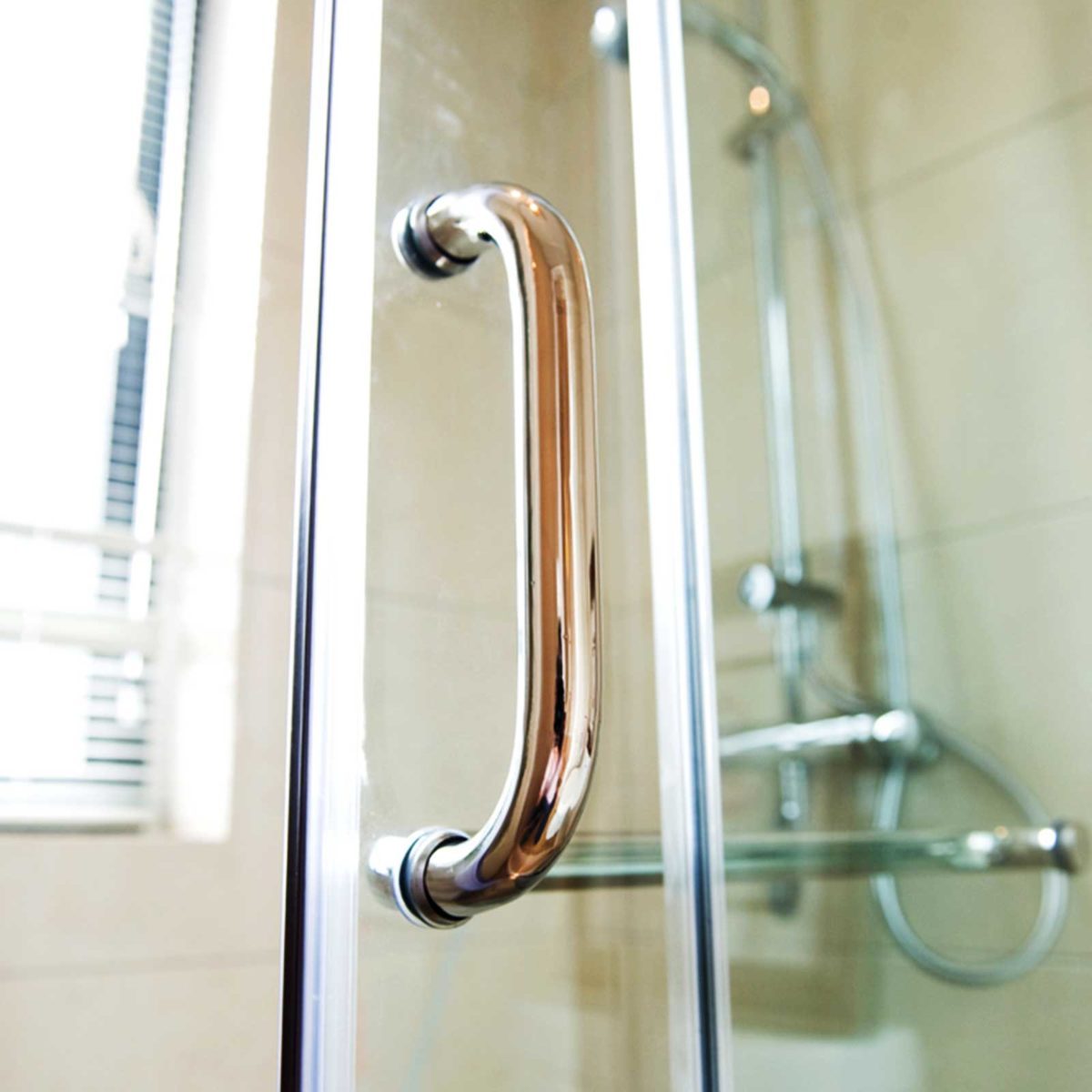 “Homeowners typically fail at DIY projects that require intimate knowledge of a process that a professional would take great care in completing; typically something that is beneath the surface, where they’re more focused on the final cosmetic appearance,” says Brian C. McHugh, owner of McHugh Construction. “A homeowner wanted to save money by forming their own custom shower pan and curb. They did not install the membrane correctly, resulting in water leaking below the shower and damaging the sub-floor and drywall below,” says McHugh. Unfortunately, much of the project had to be re-done, costing the homeowner a large chunk of change. The desire to customize your own home improvement project defeats the purpose of saving money unless your skill set is keen. “If you don’t know what you’re doing and it has the potential of going south quickly, just hire a professional,” recommends McHugh. 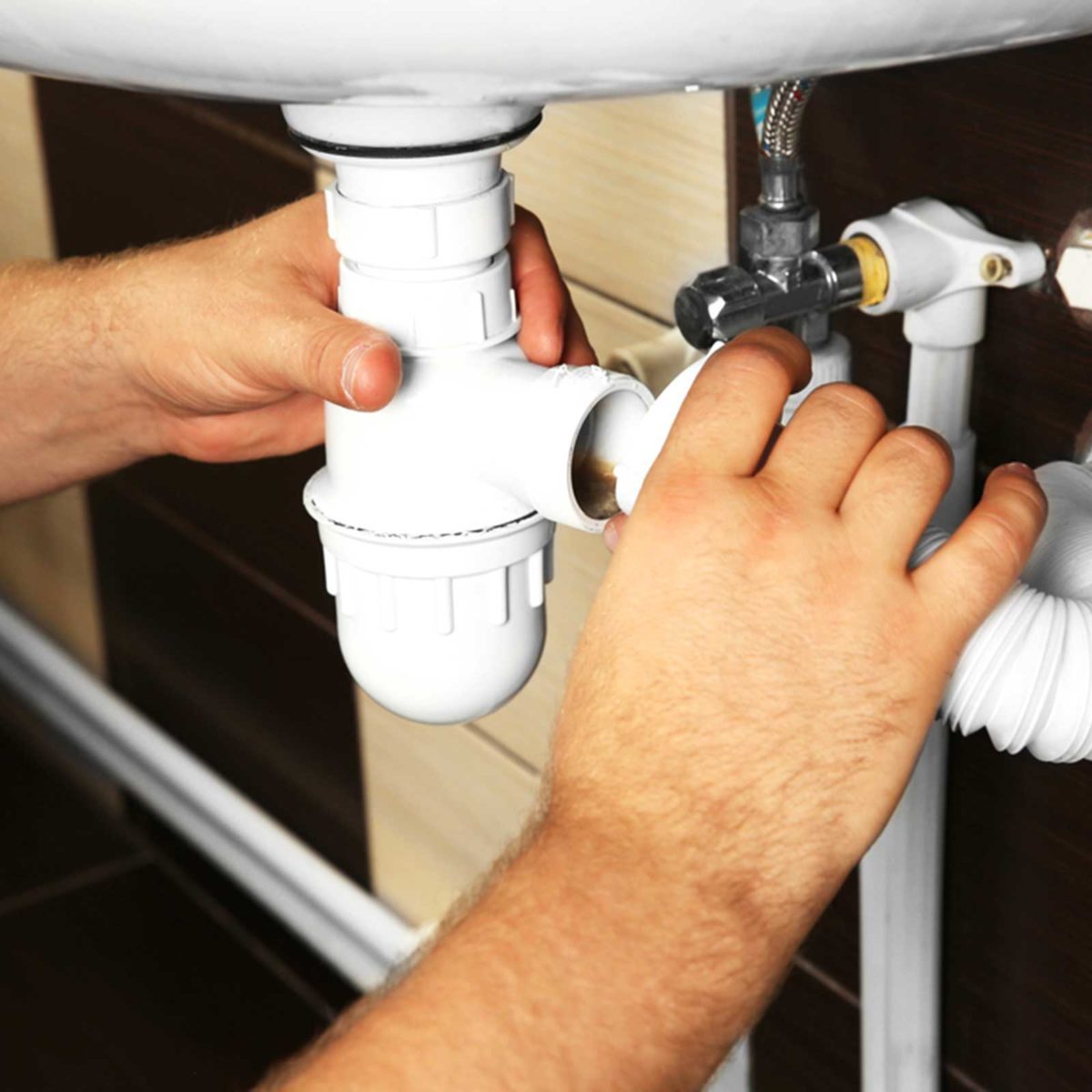 Drano didn’t get the water flowing again but it’s pretty clear the pipe under the sink is the culprit. All you need is a bucket and a wrench to get that hairy clog out, right? Think again. Doyle James, president of Mr.Rooter Plumbing says unless you are certain you know where the problem is, dismantling pipes can be risky. “Pipes are complex and very tricky to reassemble, particularly when they’re in close proximity to other plumbing components and machinery, such as dishwashers or garbage disposals,” says James. Even if you’re certain the obstruction is under the sink, if you don’t have prior experience with dismantling and reassembling pipes, you better leave it to a plumber, James says. 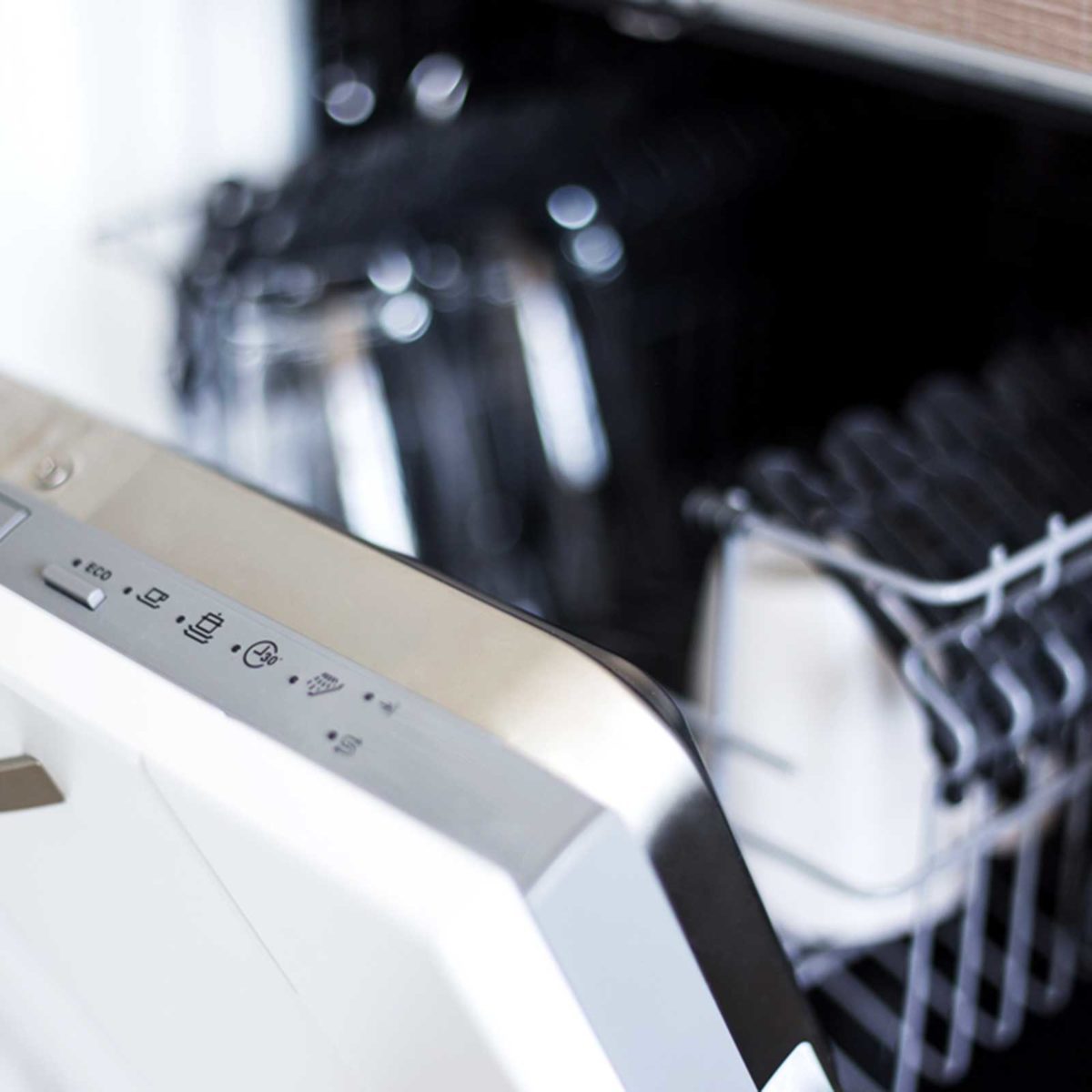 Buying a new dishwasher at a superstore doesn’t always come with free installation, but hiring a pro is definitely worth the extra cost according to James There’s a lot of moving pieces and it could be more trouble than it’s worth. You may have to drill into a cabinet to make holes for the water lines, position the water and electric lines, hook up the water lines, and more. “The complexities involved with setup, such as installing water and drainage lines under the kitchen sink cabinet, are best handled by a professional.” 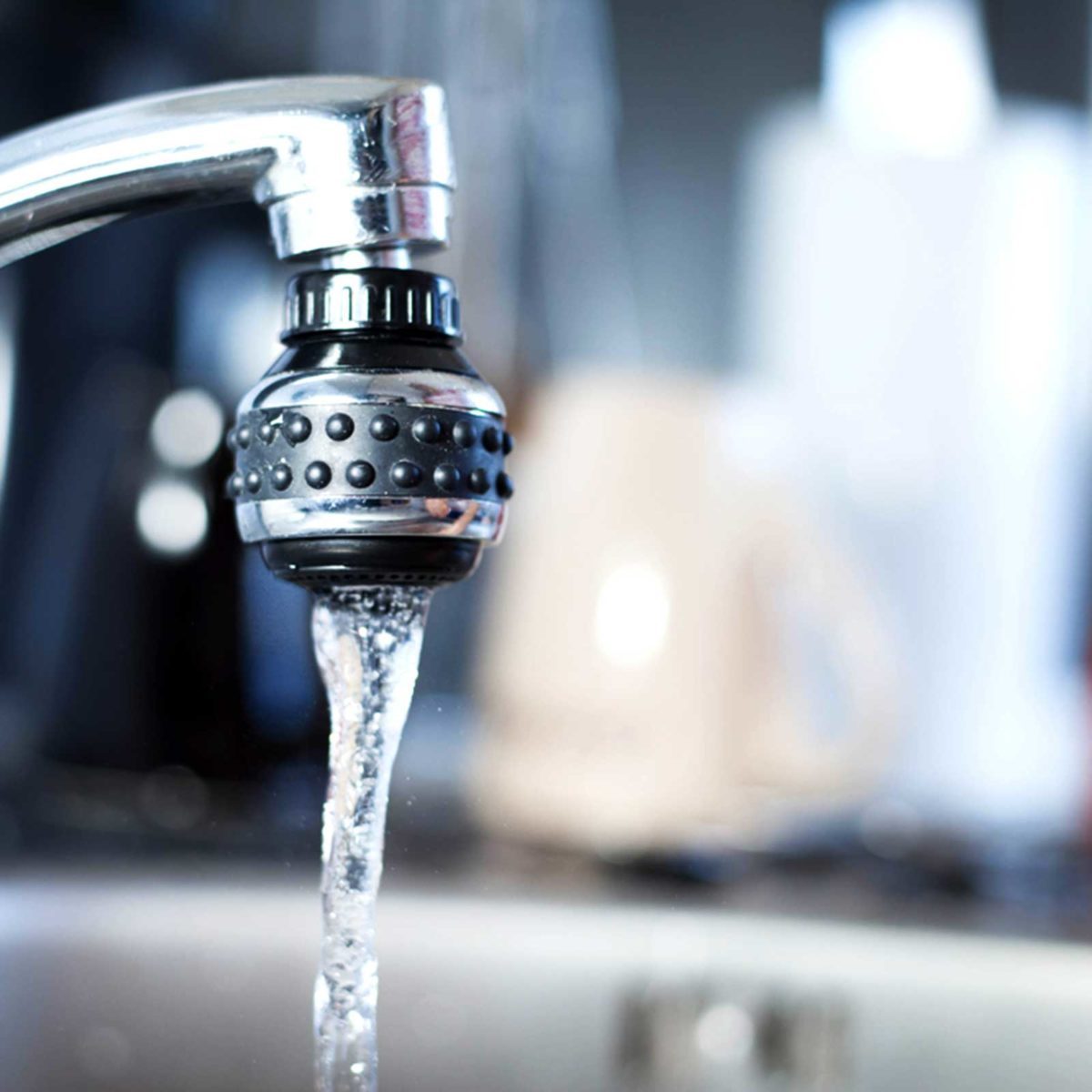 Does it take forever to fill up your big spaghetti pot? Low water pressure is frustrating and sometimes easily fixed. According to James, removing the aerator and cleaning out the gunk may do the trick but if it doesn’t, that’s probably a sign this may be a DIY improvement to leave to the pros. “From time to time, low water pressure and the causes behind it could be indications of greater problems within a plumbing system. It could be a fractured pipe, an eroded water line or a water leak in the system,” says James. 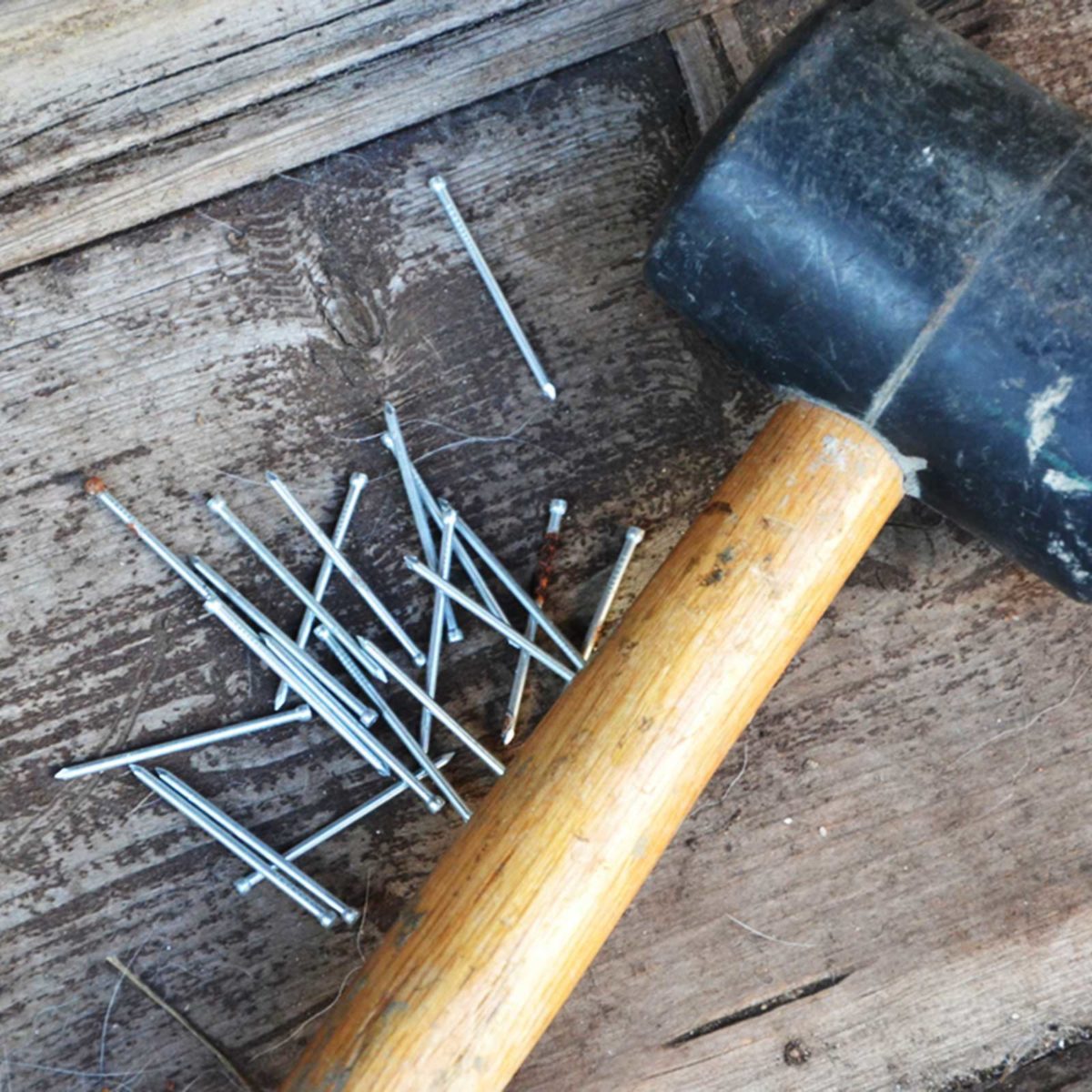 Removing walls is often a viable option to creating a larger space or an open floor plan, but before you start swinging that sledgehammer, get a contractor to verify the wall isn’t load bearing. “Damaging a load-bearing wall could have serious consequences like a ceiling caving in,” says Jesse Fowler, President of Tellus Build. That’s bad enough, but it can also be dangerous for the homeowner and result in serious injuries. On the other hand, removing wallpaper only takes a few steps and is something you can definitely DIY. 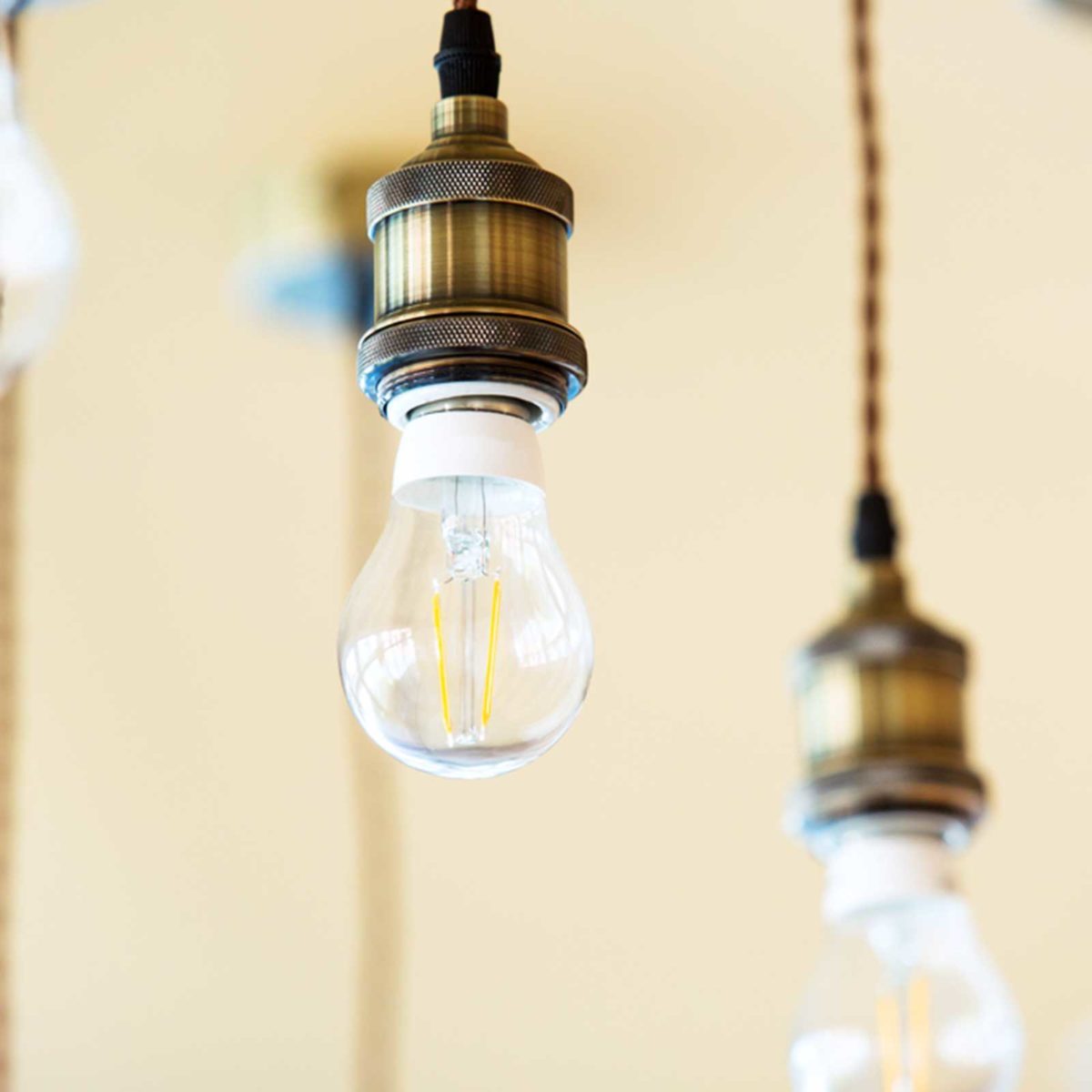 Installing new light fixtures to save money may seem like a no-brainer, but you do a lot can go wrong when dealing with electrical. “Aside from the risk of forgetting, or not knowing how to turn off the live power to whatever is being worked on, there’s the possibility of getting shocked,” says Fowler. “In addition, wiring anything incorrectly or overloading your power draw often equates to popping breakers, additional hassles, sparking outlets, and repairs that are more costly down the road, especially if walls needs to be re-opened up to fix the mistake,” he warns. ” A mix of low-voltage and higher-voltage electrical products make electrical wiring even more complicated for a DIY job. Fowler says to leave it to an electrician. “Safety and fire concerns make electrical DIY projects a bad idea.” 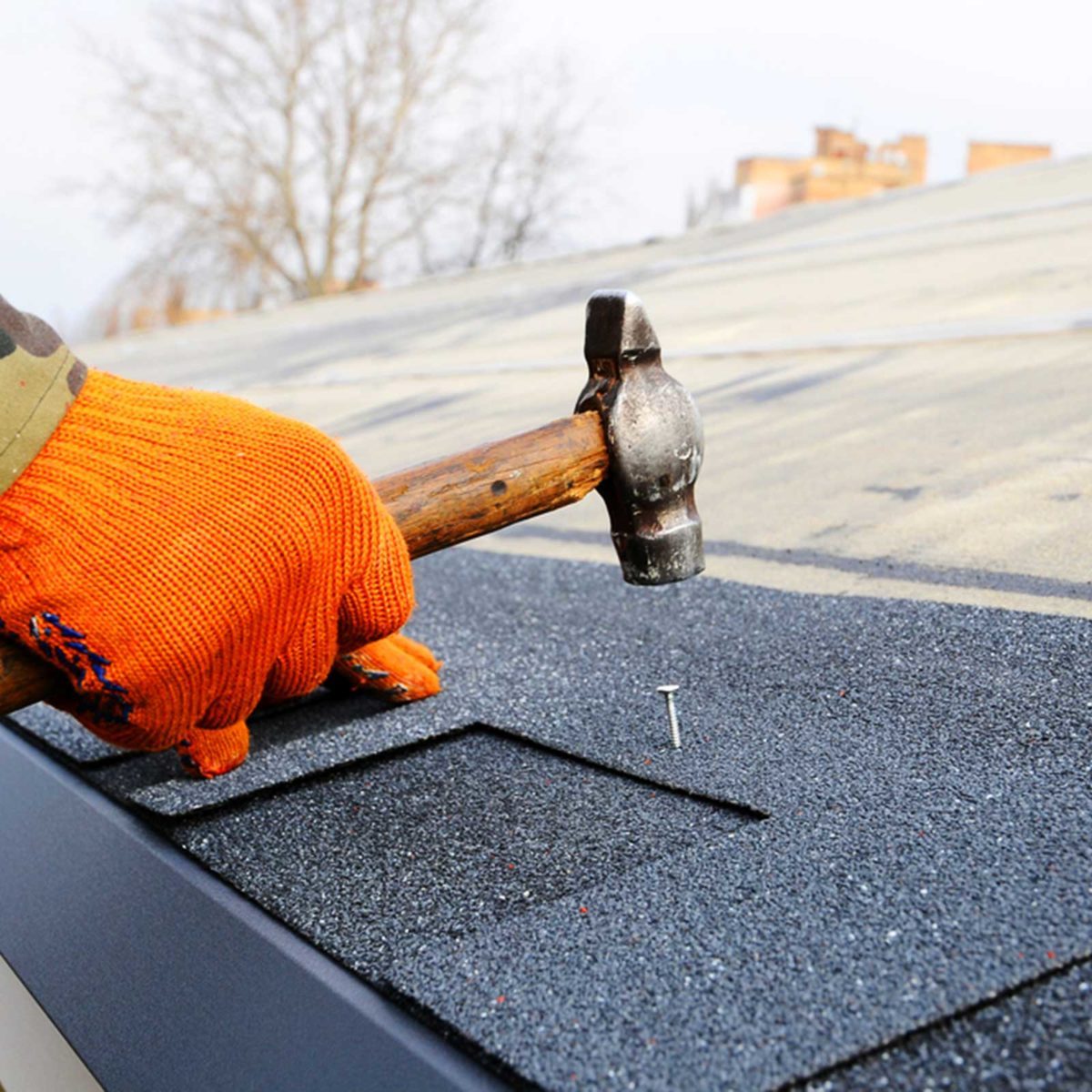 Maybe you noticed a leak in your bedroom ceiling or the last storm took off a few shingles. No need to call a roofer for such a small job, right? Joe Percario General Contractors, LLC says what appears to be a simple home repair can cost way more money down the line. “To repair a leak, you have to identify the trouble spot and replace the shingles or other components without causing any more damage, utilizing costly tools and hopefully matching materials. In most cases, this results in an area that doesn’t match the rest of the roof,” says Percario. This ‘band-aid solution’ usually just compounds the initial problem. In fact, Percario says roofs should last anywhere from 18-30 years but amateur workmanship usually causes more problems down the road. 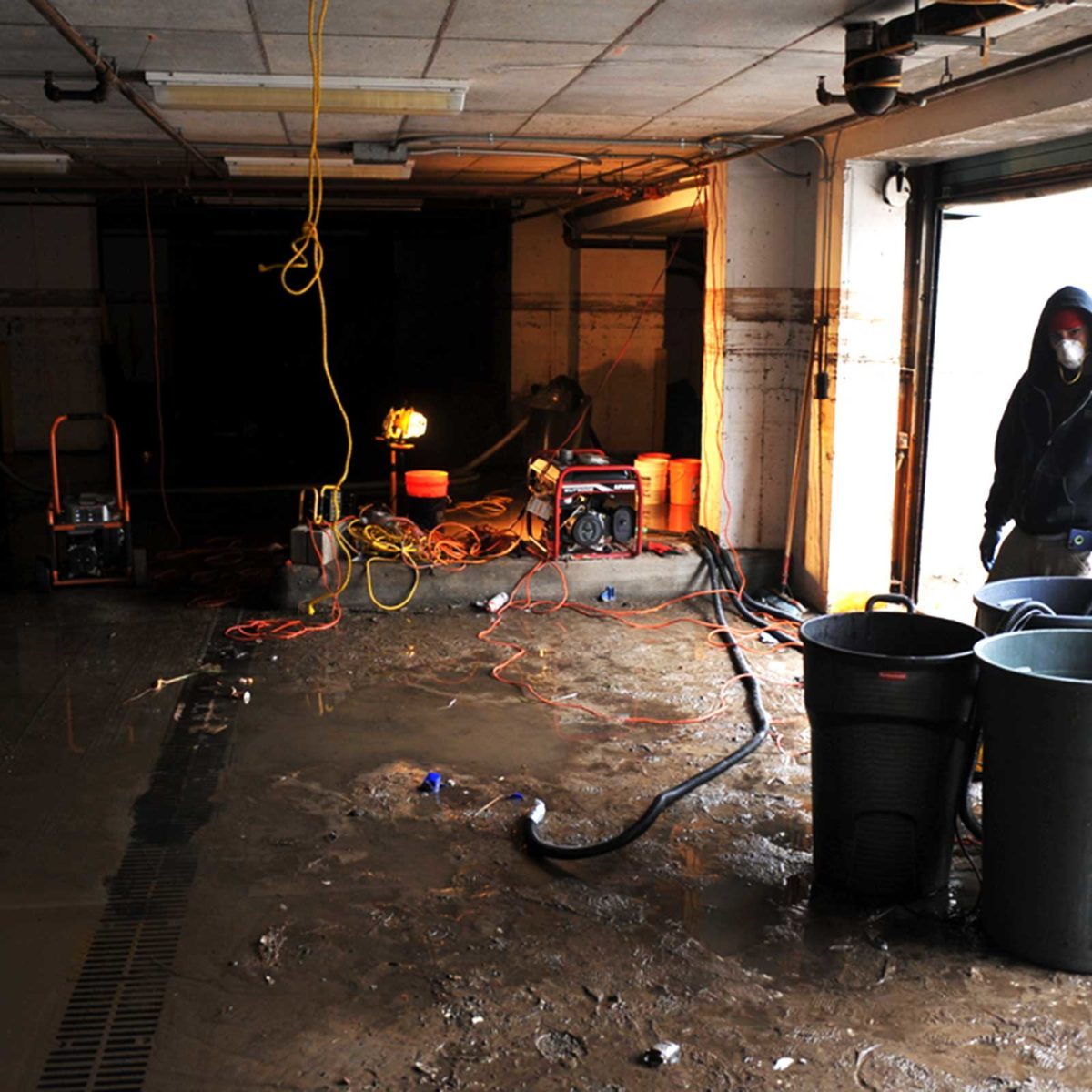 You didn’t store your treasures properly and now they’re floating in the basement, so you’ve called some buddies and this weekend you’re going to stop the water once and for all! Unfortunately, digging, applying the waterproofing material and then back filling takes a lot more time than you thought. “We commonly see that the job was started by the homeowner who dug the hole but didn’t complete the job. The hole was left open to take in more moisture and in some cases cave in. Or the ground was so saturated with water that it had to dry out before it could be properly excavated,” says Jamie Hallett, a RCC Waterproofing Consultant. The biggest concern when doing a waterproofing project like this is safety. “Every year there is typically one fatality as a result of trenches caving in,” says Hallett. 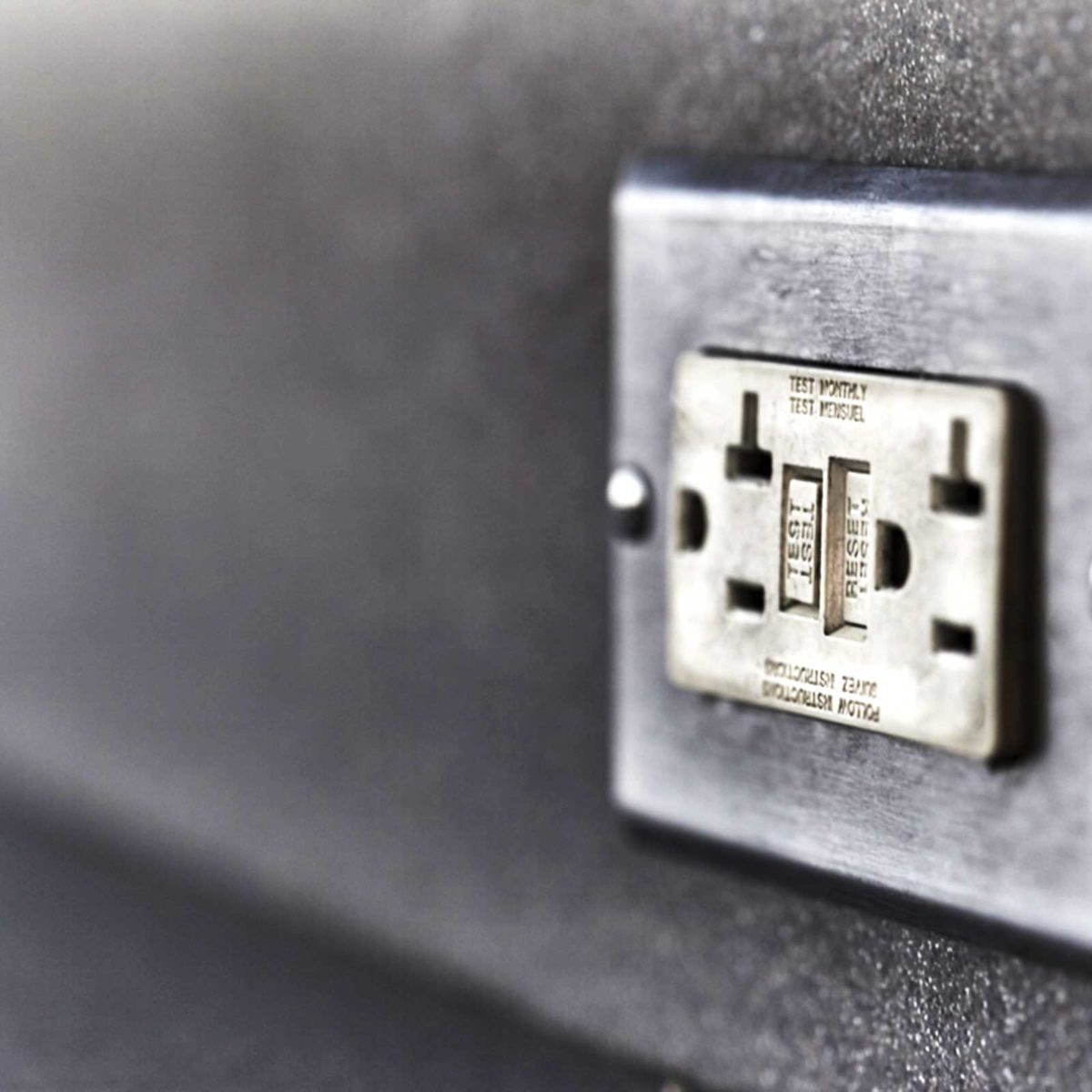 The GFCI (ground fault circuit interrupter) is the switch located where an outlet might come into contact with moisture. You probably have them in your bathrooms, kitchen and laundry room. One of the problems with this home improvement is that many of the GFCi switches have been redesigned or reformatted so the online how-to videos you find may not suit your switch. “The GFCI switch is very important for safety and electric shock hazard, so installation should always be done by a professional,” says Daniel Ives, co-owner of SJDI Electric Inc., an American Home Shield service contractor. While some new lights on the patio would make it more enjoyable, it’s common to hook up the wiring on the wrong side or install it so that the outlet works but not the essential safety features. “And as with all electrical repairs, there is always a risk of shock for those doing the installation, but that risk significantly increases if you’re not a licensed professional who knows what they’re doing,” says Ives. 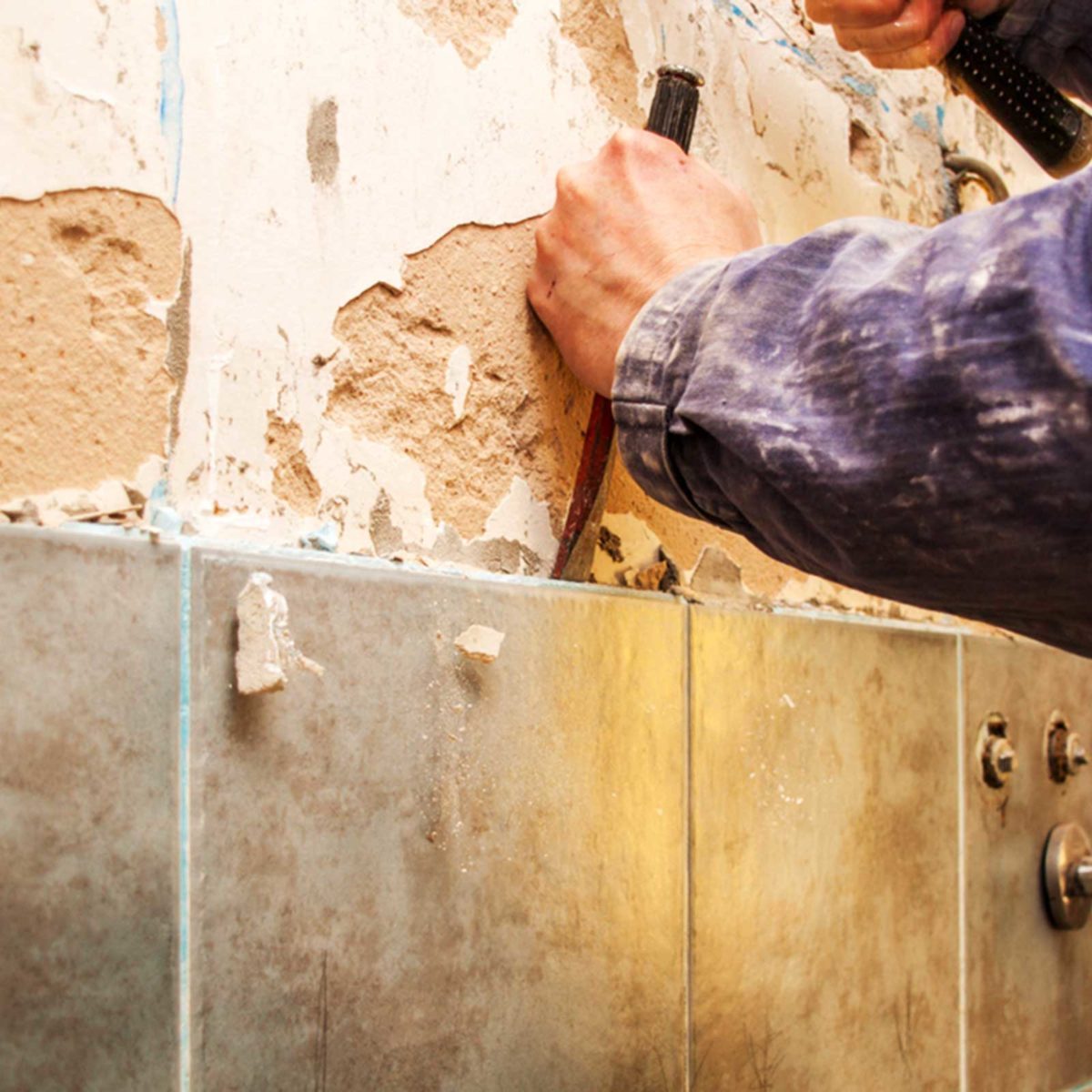 You’ve resigned to the fact that you’re not the DIY home improvement type. But that doesn’t mean you can’t save some cash and do the demolition yourself—after all, how hard can it be to tear stuff down? It may even seem like fun, at least until you take a sledgehammer to a wall and destroy vital support structure or worse, hit electric wires. “This becomes costly for the client and can delay the project,” says Yoel Piotraut, managing partner at MyHome, a kitchen remodeling and bathroom renovation company. “A contractor must be called. During demolition, it’s very important to be careful not to damage any parts of the space that will stay.” 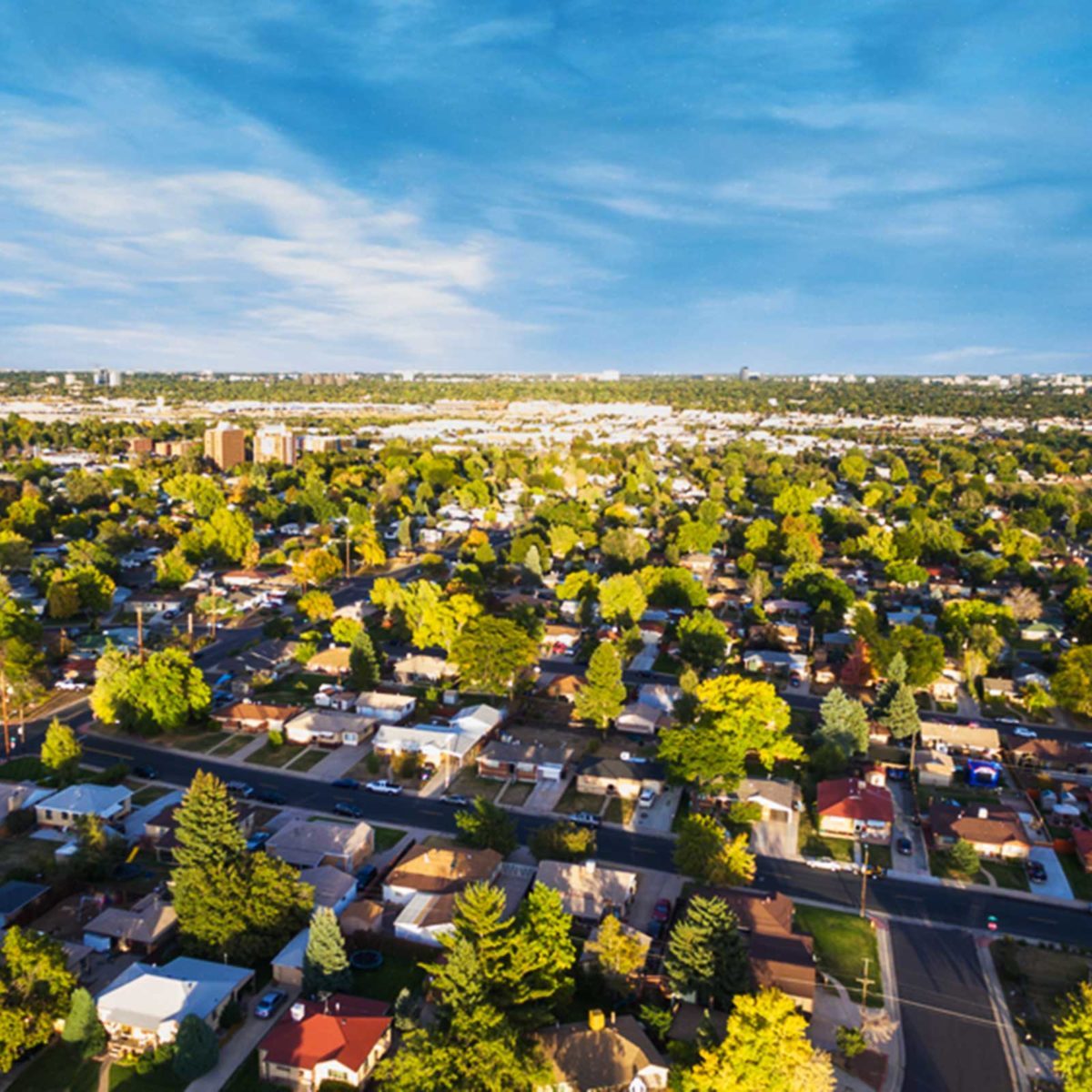 There may be some dumb laws in your state, but we’re pretty sure it’s illegal to do a project that destroys your neighbor’s property. “From a DIY cement wall collapsing on a neighbor’s driveway to repairing an above ground pool that collapses and floods a neighbor’s basement, I’ve seen it all,” says Robert R. Pellegrini, Jr. Esq, president of PK Boston, a real estate law firm. DIY home improvement on a larger scale require more than just the right tools. “Many people who kick off a large DIY project don’t realize they need to check the property line—as a professional contractor would—and inadvertently compromise their neighbor’s land,” says Pellegrini. A DIY fail may cost you a good relationship and attorney fees. One homeowner, Pellegrini recalls, added a small addition that didn’t meet the required setback and was forced to demolish the structure after 9 months of construction.